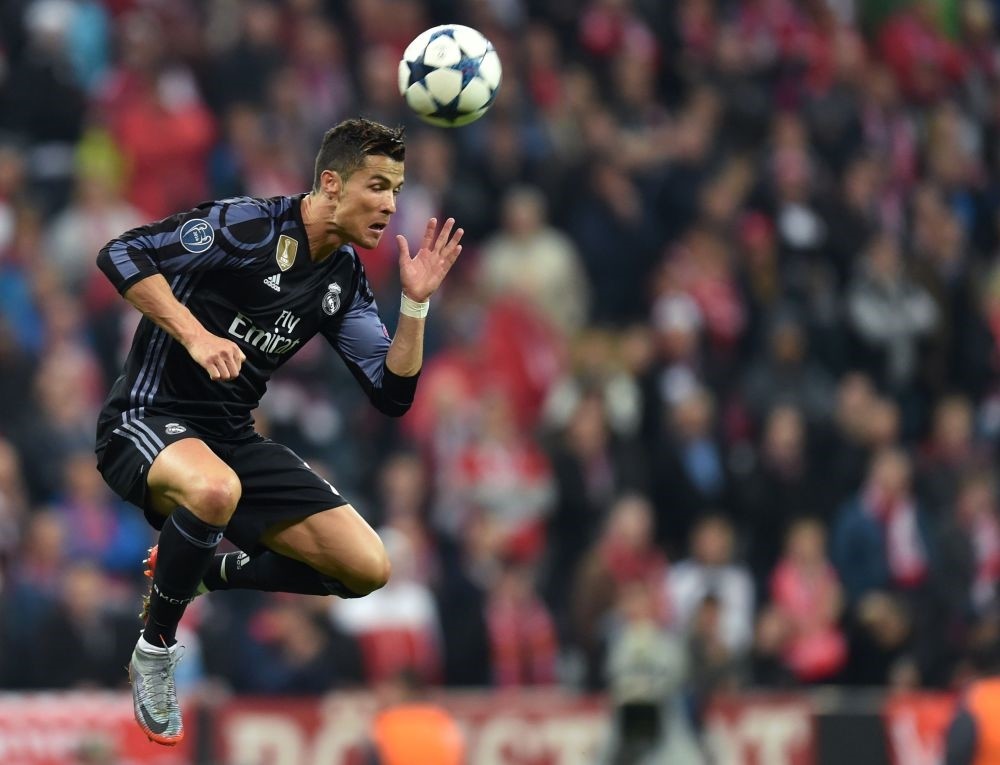 |AFP Photo
by Apr 14, 2017 12:00 am
Cristiano Ronaldo netted his 100th European goal on Wednesday to give holders Real Madrid a 2-1 comeback win at 10-man Bayern Munich in the Champions League quarter-final, first-leg.

"I wanted to reach this record. To be able to reach this mark is an honor and against a team like Bayern it is even better," Ronaldo, who scored both goals, told BeIN Sport Spain. Coach Zinedine Zidane said Cristiano Ronaldo was happy to claim his 100th European goal in Real Madrid's 2-1 win at 10-man Bayern Munich, but insisted the quarter-final is far from decided. "He was happy of course, but he wasn't too happy as he had chances to score more goals," said Real's coach Zidane. "We're all content, because it's never easy to win at Bayern."

The Frenchman is hoping Welsh winger Gareth Bale will be fit for the return having gone off in the second-half Munich with a leg injury.

"Gareth felt something at half-time and I didn't want to take any risks, he didn't feel very well, we hope it's nothing major, nothing big," said Zidane.
RELATED TOPICS