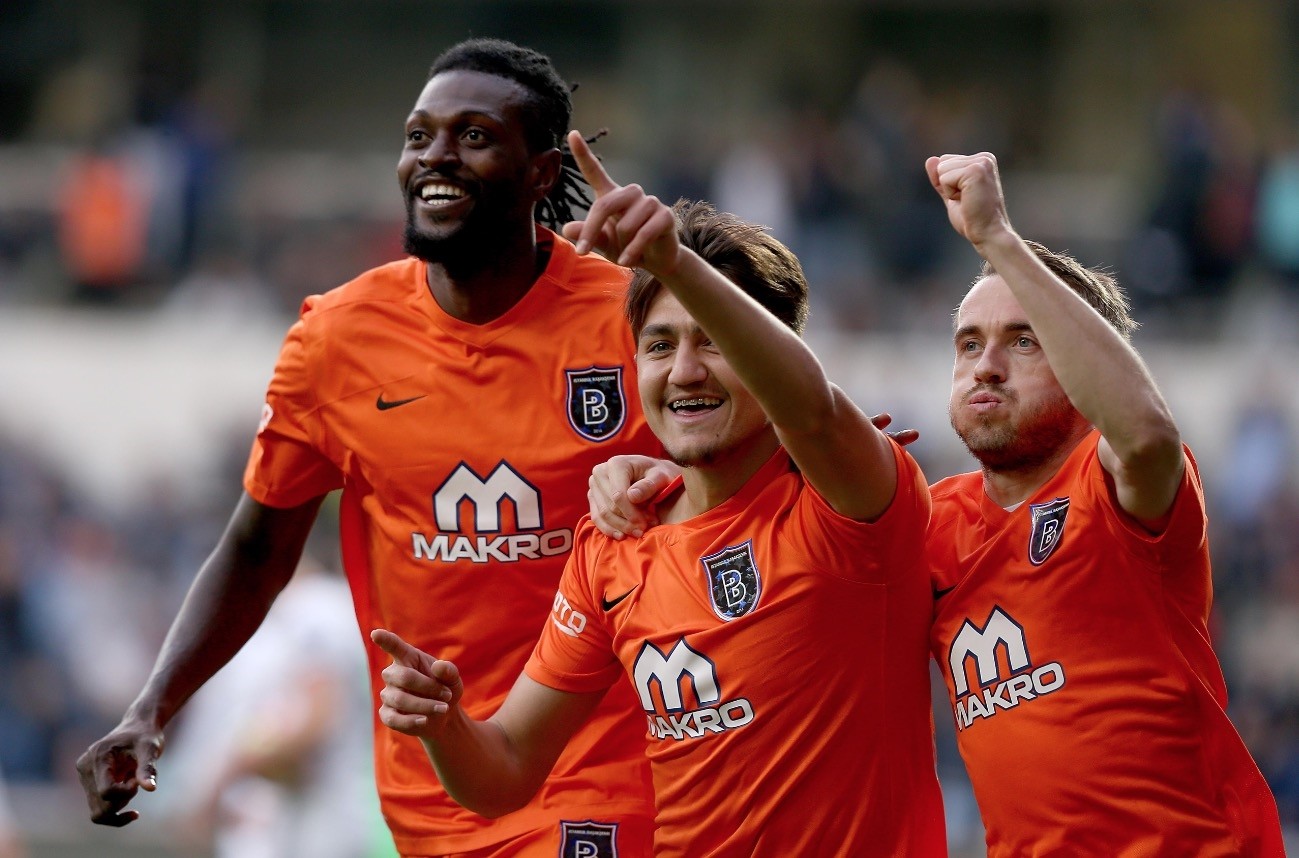 by Hakan Baş May 02, 2017 12:00 am
The Black Eagles' dream of defending the Super League title was dealt a severe blow after second-positioned Medipol Başakşehir handed the champions a 3-1 defeat at the Fatih Terim Stadium on Sunday. As Beşiktaş suffered their third Super League defeat this season, the win put Başakşehir, now trailing by just four points, within touching distance of the league leaders. With five more game weeks left in the league, Beşiktaş have yet another tough test ahead of them as they will host Istanbul giants Fenerbahçe, now placed third, next Sunday.

If the Yellow Canaries, who will be aiming to secure the Champions League playoff spot, defeats Beşiktaş and Başakşehir wins against Antalyaspor on Friday, the point difference will become one. In that case, Turkish football fans would be all set for a heart-stopping season finale. Following their win against league leaders, Medipol Başakşehir coach Abdulah Avcı said, "We are having a wonderful season. We have been competing in both league and the Ziraat Turkish Cup for 29 weeks. We have racked up 60 points, the highest in our club's history. Even, if we cannot ultimately win titles, we have positives to take from this season."

Beşiktaş coach Şenol Güneş, on the other hand, said, "We did not expect such a scoreline. We apologize to our fans. Some people started calling us champions even before the league has ended. We never made such claims. We will sort out our problems and win against Fenerbahçe next week."
RELATED TOPICS