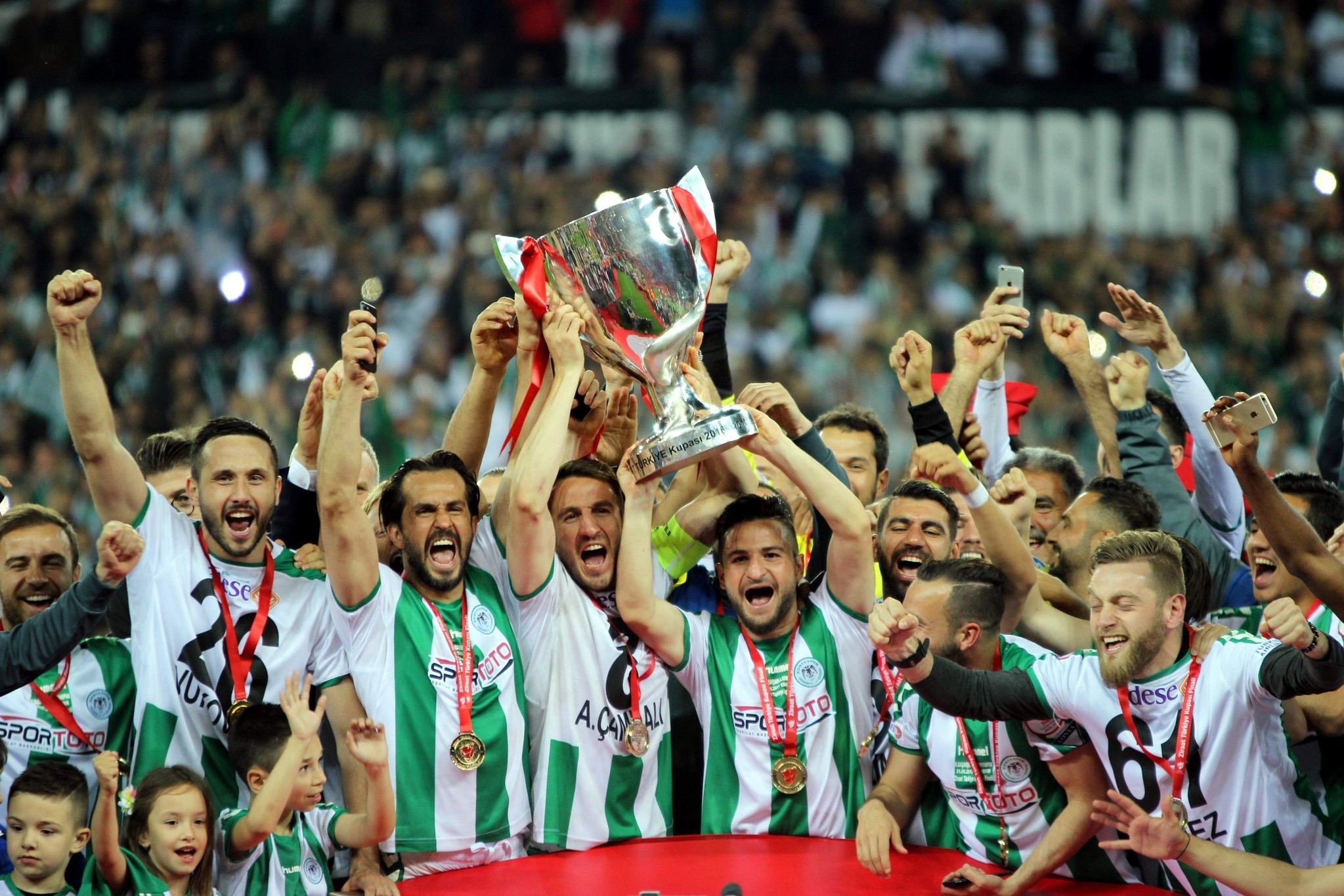 Atiker Konyaspor won their first ever Turkish Cup on Wednesday as they edged Medipol Başakşehir in a penalty kick shootout to claim the domestic cup in the Anatolian province of Eskişehir. In the first Turkish Cup final since the 2007-08 season in which none of Istanbul's "big three" clubs - Beşiktaş, Fenerbahçe and Galatasaray - were competing, Başakşehir and Konyaspor finished regular and extra time tied 0-0. Fans rushed the field after Konyaspor's Slovenian defender Nejc Skubic netted the winning penalty in Eskişehir's newly built 34,930-seat stadium.

With the win, Konyaspor have earned a spot in the UEFA Europa League next season. However, Konyaspor's victory was bad news for fifth-place Antalyaspor, as the team would have booked their UEFA Europa League spot had Başakşehir won. Başakşehir, who are already guaranteed a second-place finish in the Super League, will play in the Champions League qualification round next season. Meanwhile, President Recep Tayyip Erdogan congratulated Konyaspor on their first Turkish Cup title.

Başakşehir reached the final by defeating Istanbul rival Fenerbahçe in penalty shootouts in the semifinal round. Konyaspor passed Kasımpaşa 4-3 on aggregate. Başakşehir, founded in 1990, earned their first run at the Champions League over the weekend.