Moraes, second most expensive goalkeeper of all time 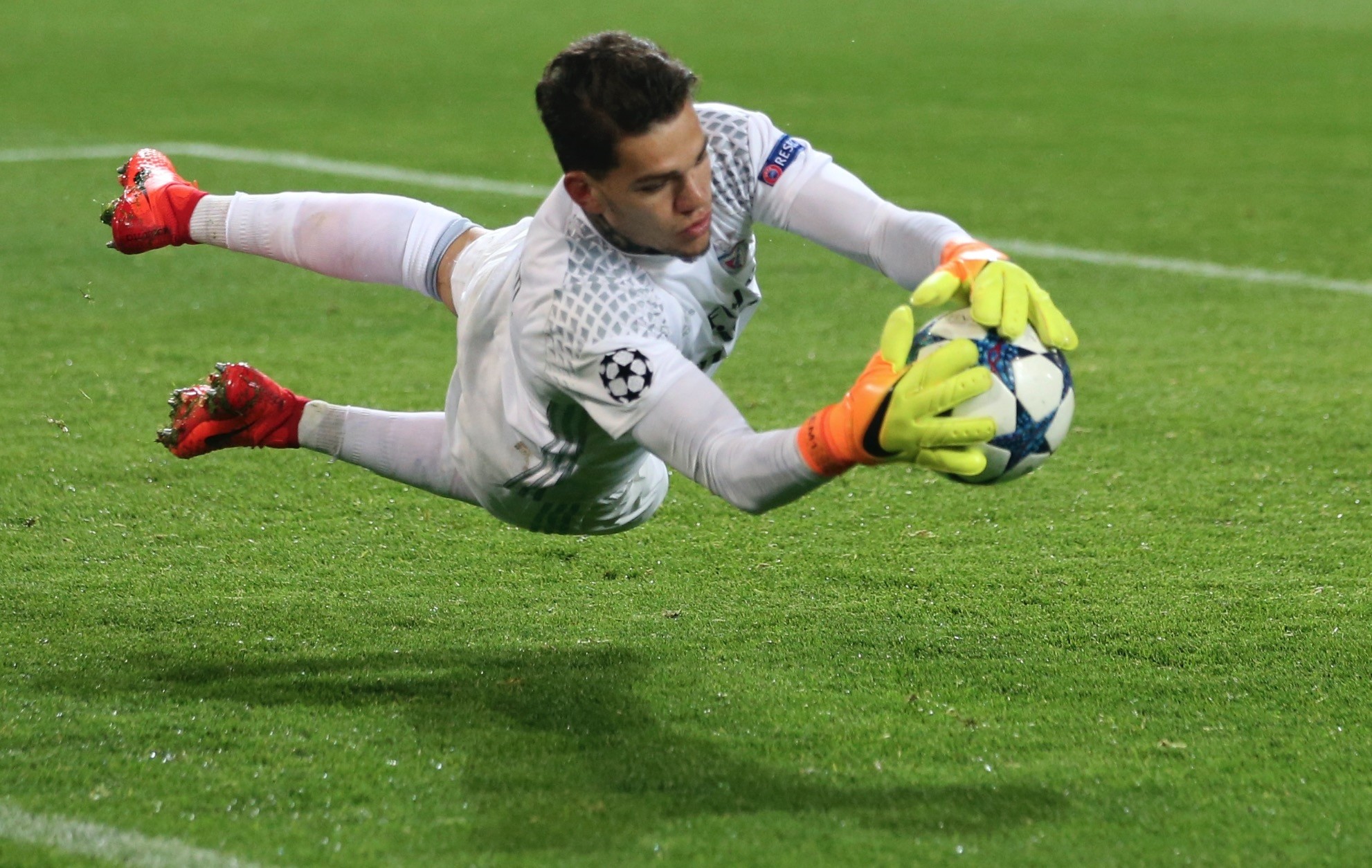 Half of the fee for Moraes will go to third parties, including the 23-year-old keeperu2019s former Portuguese team, Rio Ave
by Associated Press Jun 02, 2017 12:00 am

Benfica sold goalkeeper Ederson Moraes to Manchester City for 40 million euros ($45 million) Thursday, making the Brazilian the second most expensive goalkeeper of all time. The fee has only been eclipsed by the 53 million euros that Juventus paid Parma for Italian goalkeeper Gianluigi Buffon in 2001.

Benfica said in a statement that half of the fee for Moraes will go to third parties, including the 23-year-old keeper's former Portuguese team, Rio Ave. City has not confirmed the transfer. The goalkeeper position has been a problem for City manager Pep Guardiola since he arrived at the English club during the last offseason. Guardiola signed Claudio Bravo from Barcelona after deciding long-time City keeper Joe Hart wasn't technically good enough to carry out his preferred approach of playing the ball out from the back.

Hart was sent on loan to Italian club Torino. Bravo struggled with his shot-stopping and handling, and ended up being dropped for Willy Caballero, only to be restored to the team for the final few games of the season. Caballero will be one of four players to be released this month at the end of his contract, so Bravo will fight for a starting spot with the Moraes, who has played for Brazil's under-23 side but not the country's senior team. It is City's second big signing of the offseason. The club bought attacking midfielder Bernardo Silva from Monaco for a reported 43 million pounds ($55 million). Guardiola is also in the market for full backs in what is set to be another offseason of big spending by City.