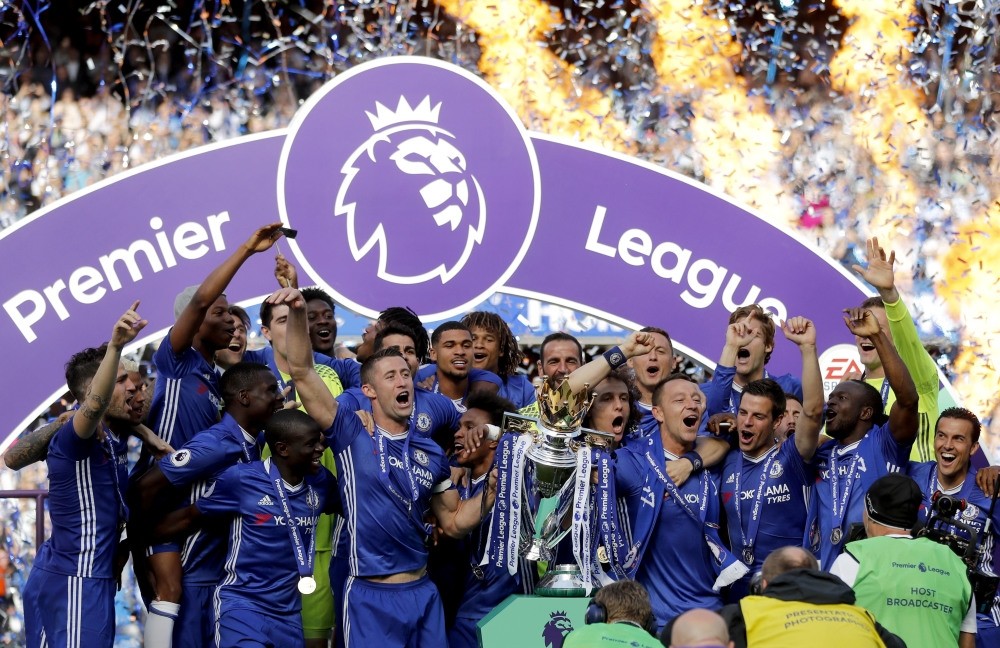 Second-place Tottenham Hotspurs earned about 145 million pounds, slightly less than Manchester City and Liverpool owing to the difference in their "facility fees," awarded for appearances on TV. Domestic rights to broadcast the Premier League were sold for 5.1 billion pounds over three seasons, dwarfing the previous deal.

The league shares money from its central commercial deals and overseas broadcast rights on an equal basis, which means all 20 clubs got nearly 5 million pounds each for the former and 39 million pounds for the latter. Even the three clubs that were relegated leave with large payments, including bottom-placed Sunderland, which received just over 93 million pounds.

Overall, the ratio between the highest and the lowest earning clubs in the Premier League was 1.61 to 1, the lowest among Europe's top leagues. The Premier League's appeal to broadcasters at home and abroad also permitted it to increase the money it distributes to grassroots facilities and projects. In the last financial year, the league spent 200 million pounds in this area, about seven percent of its total broadcast income.