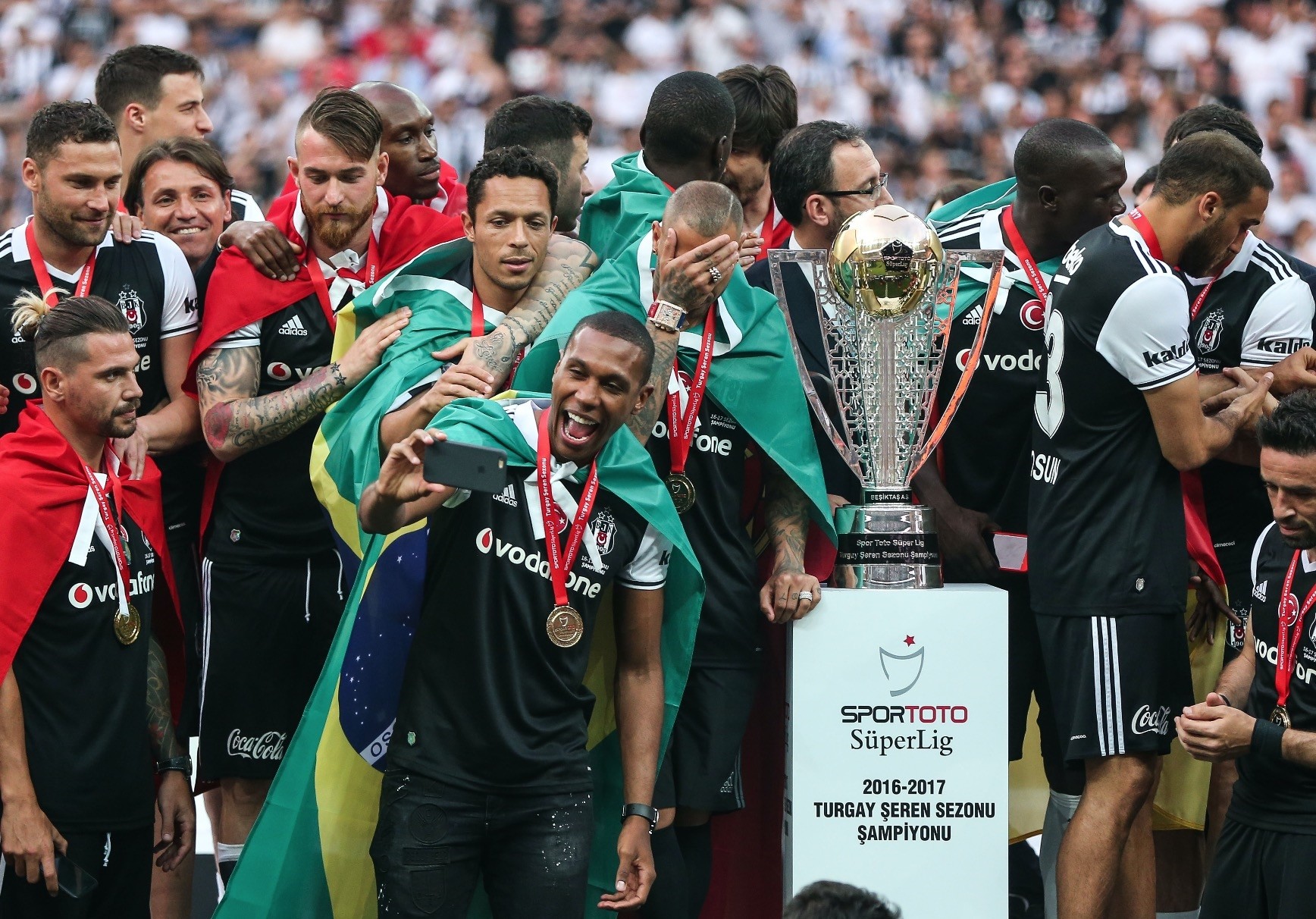 With the Sport Toto Super League ending on Saturday, Beşiktaş fans celebrated their team's championship with a flotilla show involving around 100 ships on the Bosporus in Istanbul. The fans gathered in Anadolu Hisarı neighborhood located on the Asian side of the city and departed with a large flotilla heading to the Beşiktaş district to celebrate the football team's 15th Turkish Spor Toto Super Leagueg title.

The celebrations continued in Vodafone Park, which is Beşiktaş's stadium located in Istanbul's Beşiktaş district. Istanbul's giants Fenerbahçe finished the Turkish Super League in third place after defeating Adanaspor 3-1 on Saturday as their archrivals Galatasaray came in fourth place. Atiker Konyaspor, on the other hand, will be going straight to the Europa League group stages after they beat Başakşehir in the Turkish Cup Final Wednesday. Qualifying directly, Beşiktaş are now eyeing for next year's Champions League.

However, arguably the most exciting matches were played out by Bursaspor and Çaykur Rizespor as both grappled to stay in the Super League Saturday. Bursaspor managed to stay in Turkey's Spor Toto Super Lig after defeating Trabzonspor 2-1 in the 34th week match on Saturday afternoon. Bursaspor, who started last week with only two points from the relegation zone, needed to bag three points to keep the 16th-placed Çaykur Rizespor at bay. Çaykur Rizespor won against Alanyaspor 1-0 at home, hoping Bursaspor would lose points to stay away from the relegation zone.

Bursaspor, who were down 1-0 in the 55th minute, started a comeback just after six minutes, scoring a crucial equalizer thanks to Christobal Jorquera. Then the Green Crocodiles managed to score in the 69th minute with Pablo Batalla, completing the comeback and making a strong case to stay in the league. Çaykur Rizespor, despite winning their last match, joined Adanaspor and Gaziantepspor to be relegated.