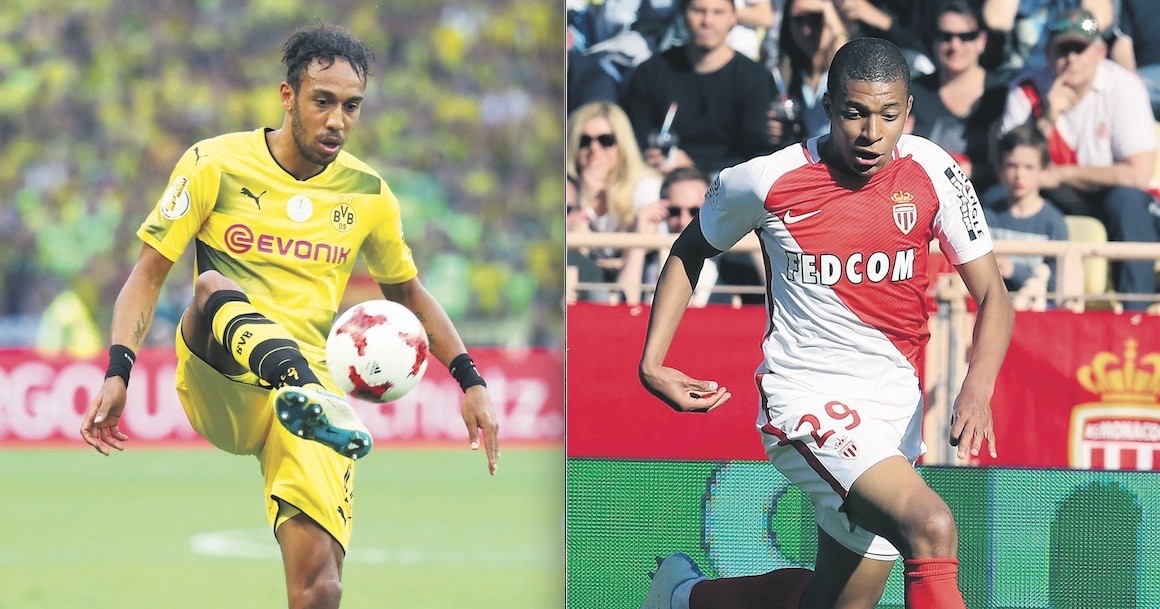 The transfer market in Europe looks appetizing this summer with top notch strikers such as Dortmund's Pierre-Emerick Aubameyang or Monaco starlet Kylian Mbappe the flavor of the month.

Monaco have reportedly been inundated with offers exceeding 100 million euros for their breakout French striker Mbappe. But the Ligue 1 champions are expected to offer to extend the 18-year-old's contract with his estimated salary of 85,000 euros set to increase ten-fold if he stays.

Many will watch Paris Saint Germain's Qatari owners closely with targets for the dethroned champions including Aubameyang and Arsenal winger Alexis Sanchez. Mario Balotelli showed glimpses of his former glories at Nice and his agent Mino Raiola is looking to get him back to England whilst Napoli, Marseille, Las Palmas and Galatasaray are also reportedly interested.

Dortmund look close to cashing in on Aubameyang and while teams in China and Chinese-owned AC Milan have been linked with him Paris Saint-Germain look favorites. His teammate Ousmane Dembele is also being watched closely by Barcelona. Reinforcements in youngsters such as PSG's Dan-Axel Zagadou, Turkish defender Ömer Toprak have already been signed while Balotelli and Alexandre Lacazette are also Dortmund targets. Bayern Munich's wish list is long and luxurious, according to local press, with Alexis Sanchez (Arsenal), Marco Verratti (PSG), James Rodriguez (Real) and Romelu Lukaku (Everton) all potential targets.