World star Drogba scores in debut with American side 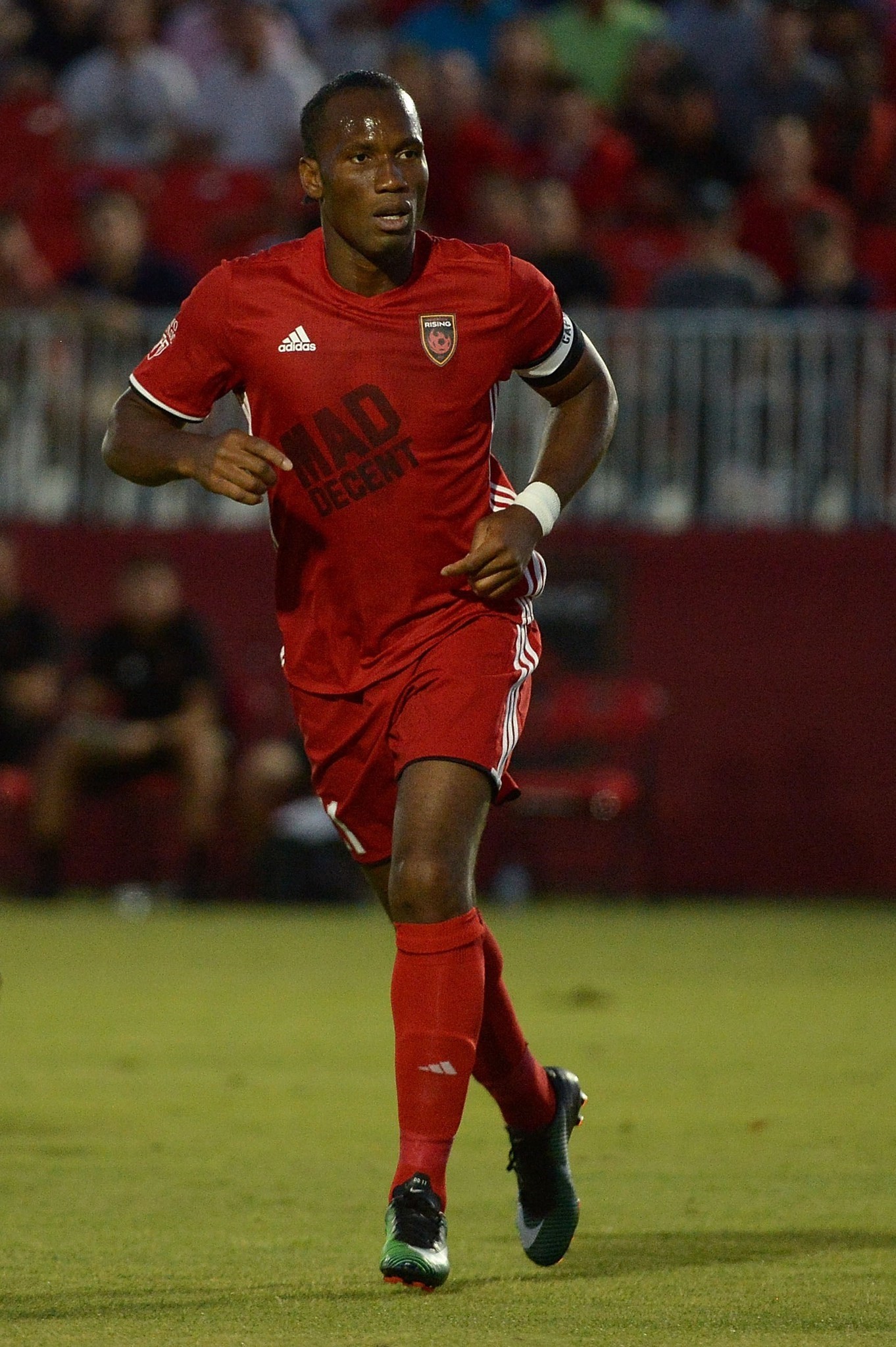 It wasn't in front of tens of thousands at London's famed Stamford Bridge, nor the masses inside World Cup venues of years past. But former Galatasaray and Chelsea star Didier Drogba's presence on the pitch before a sellout crowd of 7,062 in 100-degree heat at an American second-division facility Saturday night still created a buzz. Drogba, wearing No. 11 in red and the captain's armband, made his playing debut for USL side Phoenix Rising FC about two months after agreeing to join the club as player and part owner.

He looked sharp from the start and rewarded the crowd and those watching around the world online with the game's opening goal in the 40th minute. Drogba headed a cross from teammate Amadou Dia into the net, the ball deflecting off the hands of Vancouver Whitecaps 2 goalkeeper Sean Melvin. The 39-year-old celebrated his first goal of the season by sprinting to a corner flag and basking in the embraces of his teammates. He later assisted on what proved to be the winner, stealing the ball at midfield and passing to former Chelsea teammate Shaun Wright-Phillips for Rising's second goal in the 77th minute. Phoenix defeated the Canadian club 2-1 in a regular season league match.

"Nothing different," he said when asked about his debut compared to others. "The game is still the beautiful game and I want to enjoy it, and I was enjoying today, and that's the most important thing for me."

Phoenix has a team in every major American sports league except Major League Soccer, and every previous attempt at establishing and maintaining a professional club in the area has failed. There is a different feeling with Phoenix Rising, and having a legend like Drogba intensifies the positive vibes among fans. The Ivory Coast native was first introduced to Phoenix soccer fans at halftime of a game on April 23, promising to help in the team's quest to become an MLS franchise.