Video-assisted referees are 'the future of football,' FIFA says 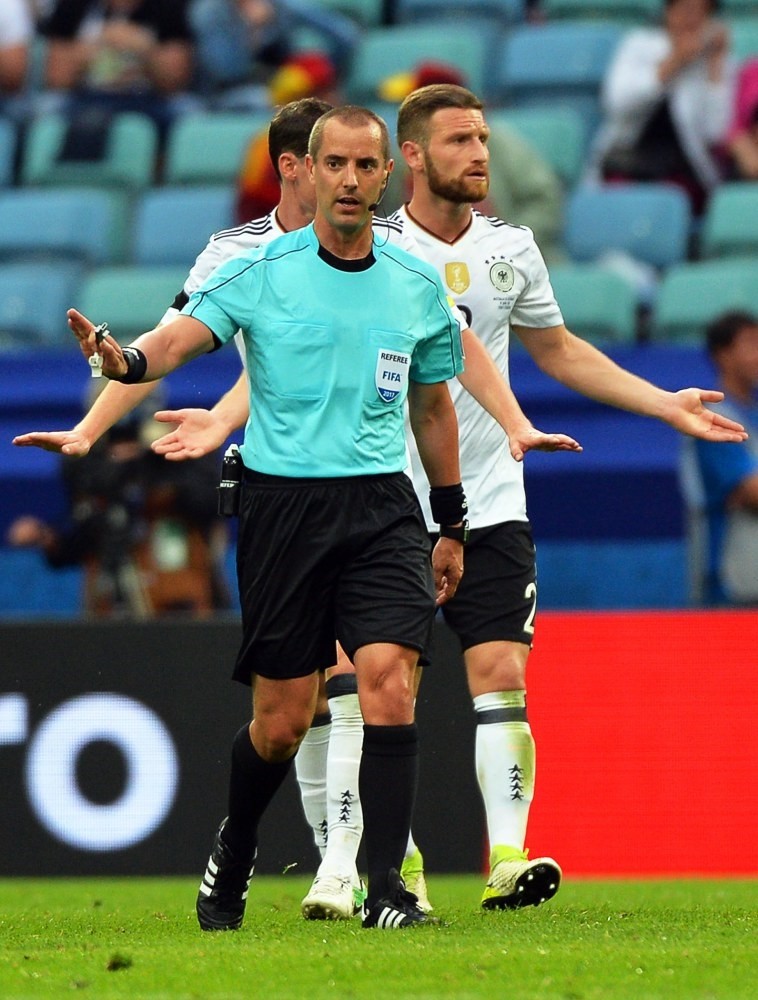 Referee Mark Geiger of the U.S. waits for a video assistant referee (VAR) decision during the FIFA Confederations Cup 2017 group B match between Australia and Germany.
by Jun 22, 2017 12:00 am

Football world is still divided about the video assistant referees. The review system is being evaluated daily and some changes of communication to stadium and TV spectators have already been put into place, a FIFA spokesperson said in St Petersburg Tuesday.

"As we are in the testing phase we are trying different ways of how to optimize the experience," the spokesperson said.

FIFA has admitted there was some confusion over referees' signals in two matches Sunday in which the video assistant referees (VAR) system was used four times. In the match on Monday between Germany and Australia it was made clearer that a goal was under VAR review. Referees have been instructed to use the square television sign to show an incident is being reviewed.

FIFA is continuing testing on what can be shown on giant screens in stadiums.

"Offside is easy, but with penalties and red cards there are many more angles which are impossible to show in the stadium," the spokesperson said.

It is also hoped to improve interaction between the VAR and television directors, who are using different technology. The VAR have technology available, including a grid of blue lines to aid offside rulings, which are currently not available to be shown to TV viewers. In the latest of five decisions at the tournament to go the video assistant, Australia were awarded a goal in their 3-2 defeat to Germany in Sochi after it was ruled Tomi Juric did not handle the ball before scoring.

On Sunday, two goals were given and two disallowed in the matches between Portugal and Mexico, and Cameroon and Chile, but the reviews led to some confusion and delay. Infantino said the tests during the tournament in Russia would help FIFA "improve the processes and fine-tune communication."

He said: "I am extremely happy with VAR so far. We have seen how video assistance has helped referees to make the correct decisions. This is what VAR is all about."

He described the Confederations Cup as "a milestone tournament" for video reviews and "what fans have been waiting for over so many years is finally happening."

If deemed successful VAR could be approved by the rule-making International Football Board (IFAB) in March in time for next year's World Cup in Russia.