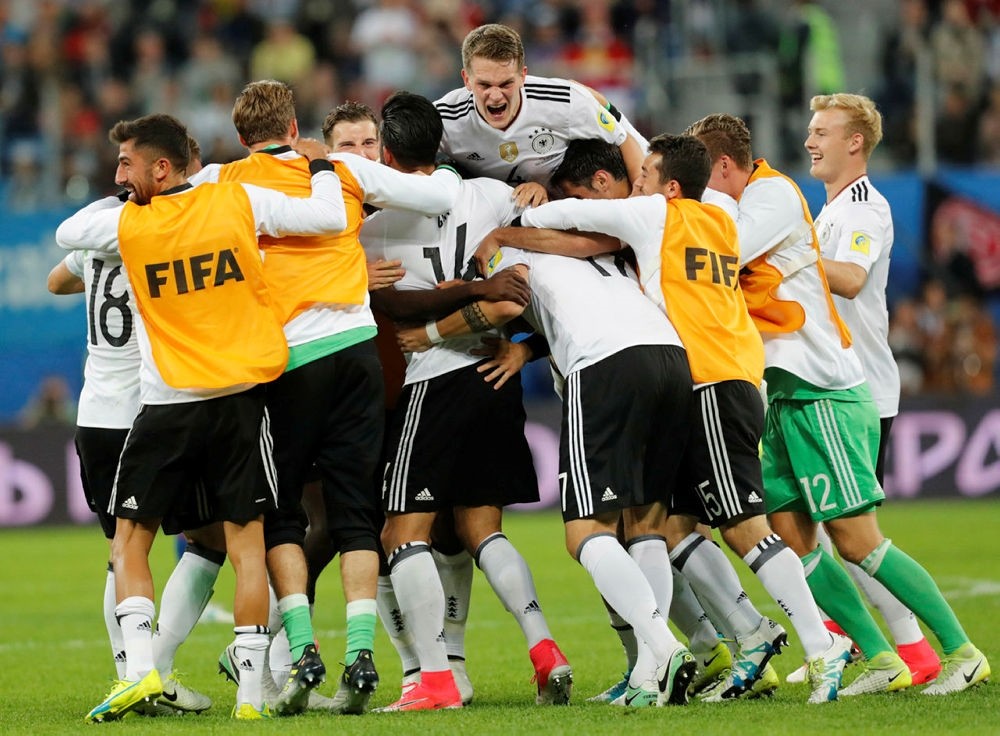 Germany's experimental young side overcame street-wise Chile to win a bruising Confederations Cup final 1-0 on Sunday, vindicating Joachim Loew's decision to leave most of his world champions at home.

Lars Stindl scored his third goal of the World Cup warm-up tournament in the 20th minute, tapping into an empty net after a defensive blunder.

It came completely against the run of play in a first-half dominated by Chile, but the more experienced south American champions could find no way past a side that is effective on the counterattack.

Chile's frustrations were clear in the second half when Chile midfielder Arturo Vidal squared up to Bayern Munich teammate Joshua Kimmich, who was also shoved by Gary Medel.

Gonzalo Jara then elbowed Germany forward Timo Werner in the face but escaped with a yellow card despite the incident being reviewed by the referee on a pitch-side monitor.

It was the latest moment of confusion during trials of the video replay system by FIFA, which is determined to retain the technology at the World Cup next year in Russia despite major teething problems.

Russia's capabilities as a host for the World Cup next year became far clearer during the two weeks it hosted eight teams in four cities, as the country overcome concerns about fan behavior to provide a welcoming environment. It has also proved a useful testing ground for Germany, with Loew able to test the capabilities of the talent at his disposal.

Victory in St. Petersburg came two days after Germany beat Spain in the Under-21 European Championship final, signaling a bright future for a country which will return to Russia in a year to defend the World Cup won in Brazil in 2014.

This Confederations Cup might never be defended, with the eighth edition likely to be the last. The competition — featuring the regional champions, World Cup holders and next World Cup hosts — failed to spark much interest outside competing countries. Qatar, the 2022 World Cup hosts, also cannot stage the Confederations Cup in 2021 because it would have to be played in November or December and disrupt a second European club season.