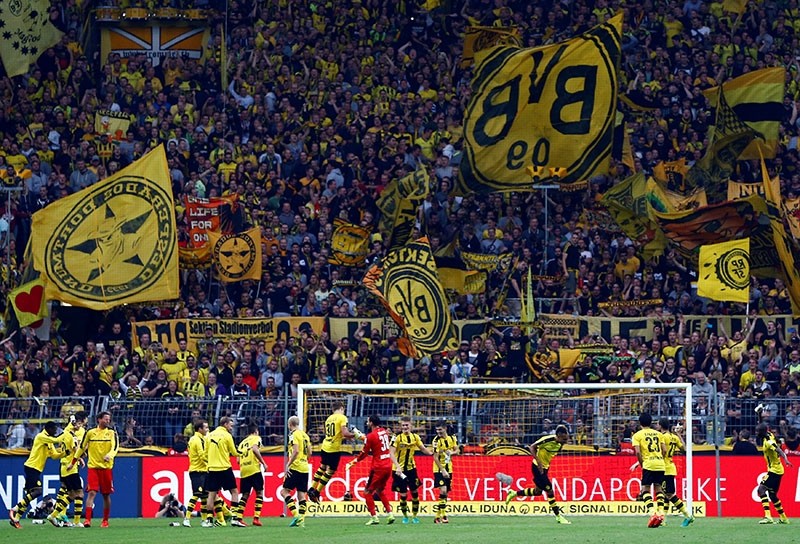 Borussia Dortmund fans have achieved another record in line with their reputation as the club announced Thursday that 99.88 percent of the season tickets were renewed for 2017-2018 football season.

According to a statement released by the German Bundesliga club, only 66 out 55,000 fans did not renew their season tickets, while the renewal rate stood at 99.88 percent, the highest ever recorded. Although this is very good news for the club, for more 45,000 of fans on the waiting list, it was a bit disappointing.

This figure was not too different from last year when only 84 fans chose not to renew their tickets.

With an average season attendance of 79,712 at their home ground Signal Iduna Park (also known by its former name Westfalenstadion), a football temple with 81,350 standing and seated capacity, Borussia Dortmund has the highest average attendance in Europe. Catalan powerhouse Barcelona and English legends Manchester United follow Dortmund with season averages of 77,944 and 75,290 tickets sold per game, respectively.

Founded in 1907, Borussia Dortmund is one of the most successful German clubs both in the domestic and international arena. The club went through its golden ages in the 1990s, and rose to prominence again in the 2010s, after suffering from heavy financial problems in the 2000s.

Their fans made a name for themselves due to their loyalty and high attendance during the club's troubled period.