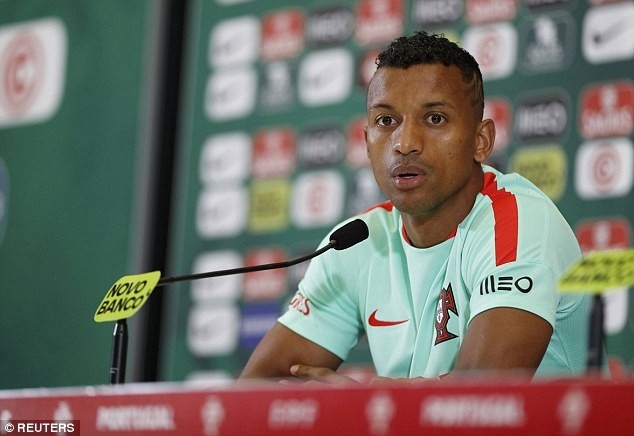 Turkish media reported yesterday that Beşiktaş are interested in Valencia midfielder Luis Nani, while the team's coach, Şenol Güneş, said they need a winger in the absence of injured Gökhan Töre

Coach Şenol Güneş, meanwhile, confirmed to reporters that he needed a new winger to replace Gökhan Töre who will be out for at least three months after suffering a knee injury.

If confirmed, Nani will join fellow Portuguese players Pepe and Ricardo Quaresma. The Fotomaç newspaper had reported that Quaresma was trying to convince Nani to join the Black Eagles.

Nani, who once played for Turkish side Fenerbahçe, is among the players likely to be dismissed by Valencia.

After leaving Fenerbahçe, the 30-year-old midfielder had inked a contract with Valencia until 2019, which means Beşiktaş will likely get him on loan.

"We are particularly in need of a forward and we need a winger because of Gökhan's injury. There will be players who need to go," coach Güneş said at a press conference.

Responding to rumors that the Beşiktaş administration was interested in Vincent Aboubakar who played on loan from Swansea last season, Güneş said he would approve such a move.

He also said he would be fine with the transfer of French player Gignac who is rumored to be on his way to Beşiktaş.

In related news, Beşiktaş announced it terminated a contract with Swiss-born Turkish player Gökhan İnler yesterday. A statement said the club was "sad to announce parting ways with Gökhan İnler who earned praise of fans with his success and gentlemanly attitude."

Beşiktaş last week had added another Portuguese player to its lineup by transferring former Real Madrid defender Pepe with a two-year contract.

After years in the shadows of Istanbul rivals Fenerbahçe and Galatasaray, Beşiktaş have won the two consecutive Turkish Super League titles in the last two seasons.

With Turkey's only automatic Champions League berth in their possession, Beşiktaş hope for drastic improvement on their group-stage exit last time round.

Beşiktaş will take on Antalyaspor in the first week of 2017-2018, on August 13, according to the draw for the new season that was announced yesterday.