Ünder to likely become most expensive Turkish transfer to Europe 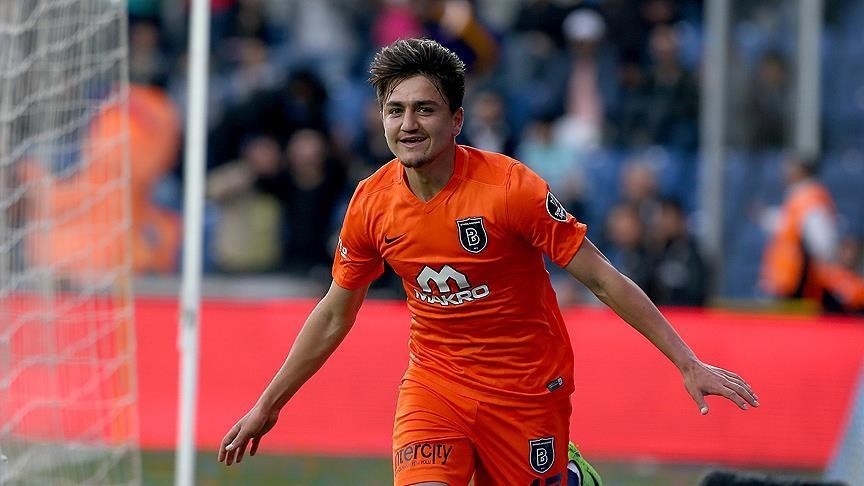 A little-known name until last year, Medipol Başakşehir's stellar forward Cengiz Ünder's reported move to Roma for a record 13 million euros will make him the most expensive Turkish transfer to a European club

Cengiz Ünder, the 20-year-old forward of Medipol Başakşehir, is set to complete a move to Italy's Roma today in an unconfirmed five-year 13 million euros deal, making him the most expensive Turkish player to be transferred to a European team.

Italian media reports claimed that Ünder will undergo medical examination today and will join Roma's team lineup for a tournament in the U.S.

Manchester City and Roma were battling for Ünder, who joined Super League runner-ups Başakşehir for a mere 850,000 euros from first division side Altınordu.

Earlier, Başakşehir officials said that though many European clubs were interested in Ünder they decided to negotiate with Manchester and Roma only. Ünder bid farewell to his teammates after watching the team's friendly in Slovenia.

Ünder rose to prominence last season when he scored seven goals in 32 appearances for his club. He scored his first goal for the Turkish national team against Moldova in March.

Football pundits have likened Ünder to Juventus' 23-year-old Argentine forward Paulo Dybala, both in appearance and rapid rise to fame as talented players.

According to Doğan News Agency, Turkish clubs have so far earned some 64.7 million euros from transferring out players to European clubs, but Ünder will be the most expensive one.

Meanwhile, Başakşehir, which lost the Süper Lig title bid to Beşiktaş last season, saw a string of exits over the past two days. Apart from Ünder, winger Ferhat Öztorun, Eren Albayrak and Rajko Rotman, all parted ways with the club.

Last week, Başakşehir signed former Arsenal and Manchester City defender Gael Clichy on a three-year 1.7-million euro contract. They have also signed up 30-year-old left-winger Eljero Elia from Feyenoord and are in talks with Gökhan İnler, who has left Beşiktaş, and with Hannover 96's French-born Turkish striker Mevlüt Erdinç.

Başakşehir, after finishing last season in the second-place, will battle to grab a Champions League group stage spot next season.