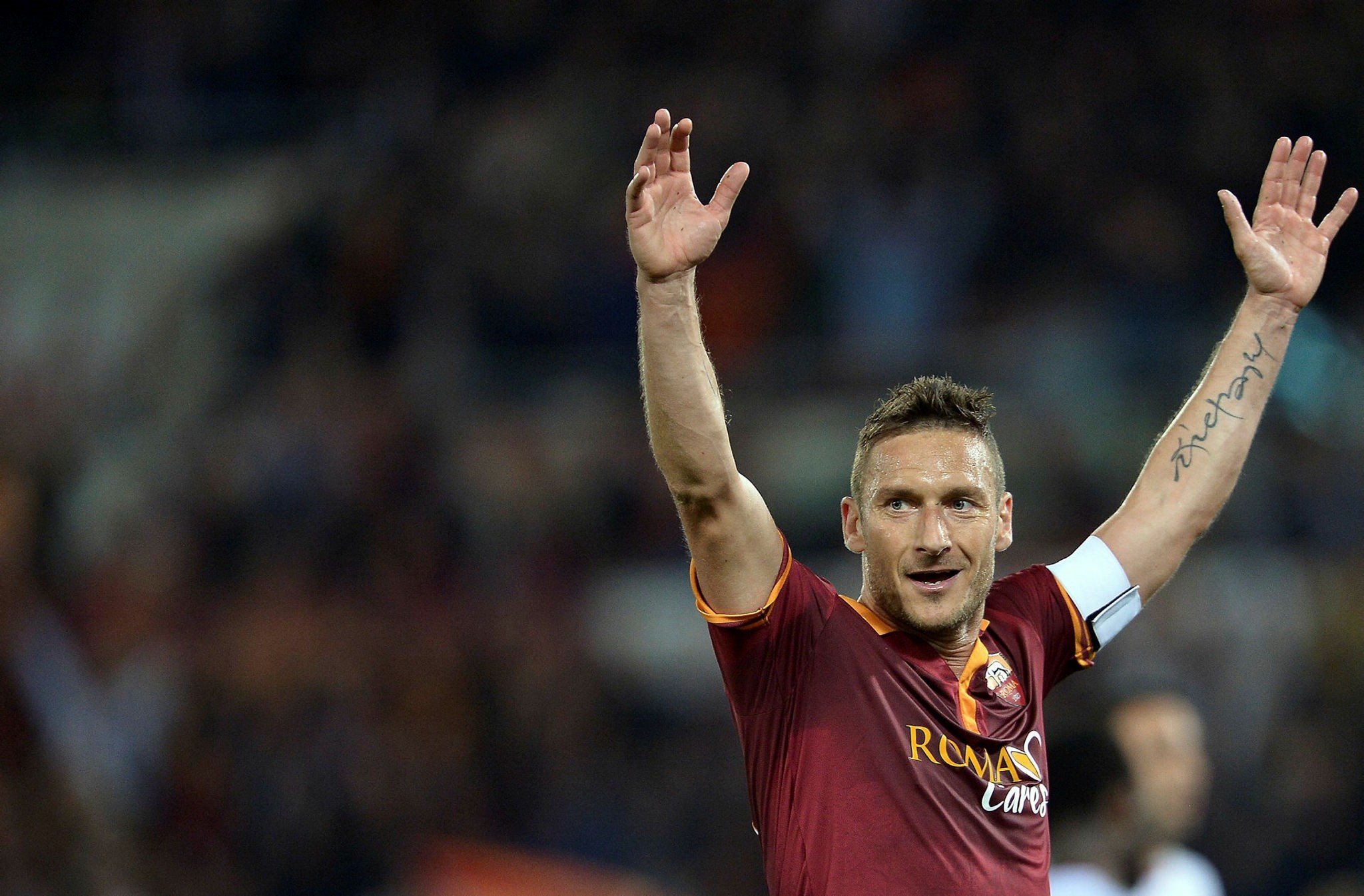 AS Roma talisman Francesco Totti has taken a role as a director at the Serie A club, confirming the end of his playing career after a remarkable 25 years at his only professional team.

The 40-year-old former Italy forward played his last game for Roma as a second-half substitute against Genoa at the end of the season in May but had left the door open to playing elsewhere.

However, Monday's news from the club that he will start work as a director means Totti has hung up his boots for good.

After his last match he walked around the stadium and stood before the Curva Sud, tears welling in his eyes, for several minutes before kicking an autographed ball high into the stands.

His team mates lined up to congratulate him before he addressed the stadium and on Monday he reflected on that game.

"I will start with the last day of my playing career, on 28 May 2017. For me it was an historic day, an important one, a day that for me was extremely emotional," Totti said.

"The reception I got will always be with me. It is difficult to explain to the fans the sensations and the emotions that I had on that day," he added on the Roma website (www.asroma.com).

The club said Totti was now "looking forward to bringing the same passion and determination he had as a player to his new role... as he begins work as a director for his boyhood club".

Totti, who will work with sporting director Monchi and coach Eusebio Di Francesco, acknowledged the end of his playing days.

"...the first part is over, that of a player, and now begins another important assignment as a director, where hopefully I can have a similar impact as I did on the pitch," he said.

"It was beautiful to play the game, but everything has to end... It's been 25 years and more of a beautiful relationship with Roma."

Totti made his debut as a 16-year-old in a 2-0 win against Brescia in 1993 and played under 16 different coaches during his 25 seasons at the club in the city where he was born.

A World Cup winner with Italy in 2006, his trophy haul with Roma was surprisingly modest -- a single Serie A title in 2001 and two winners' medals from the largely unloved Coppa Italia.