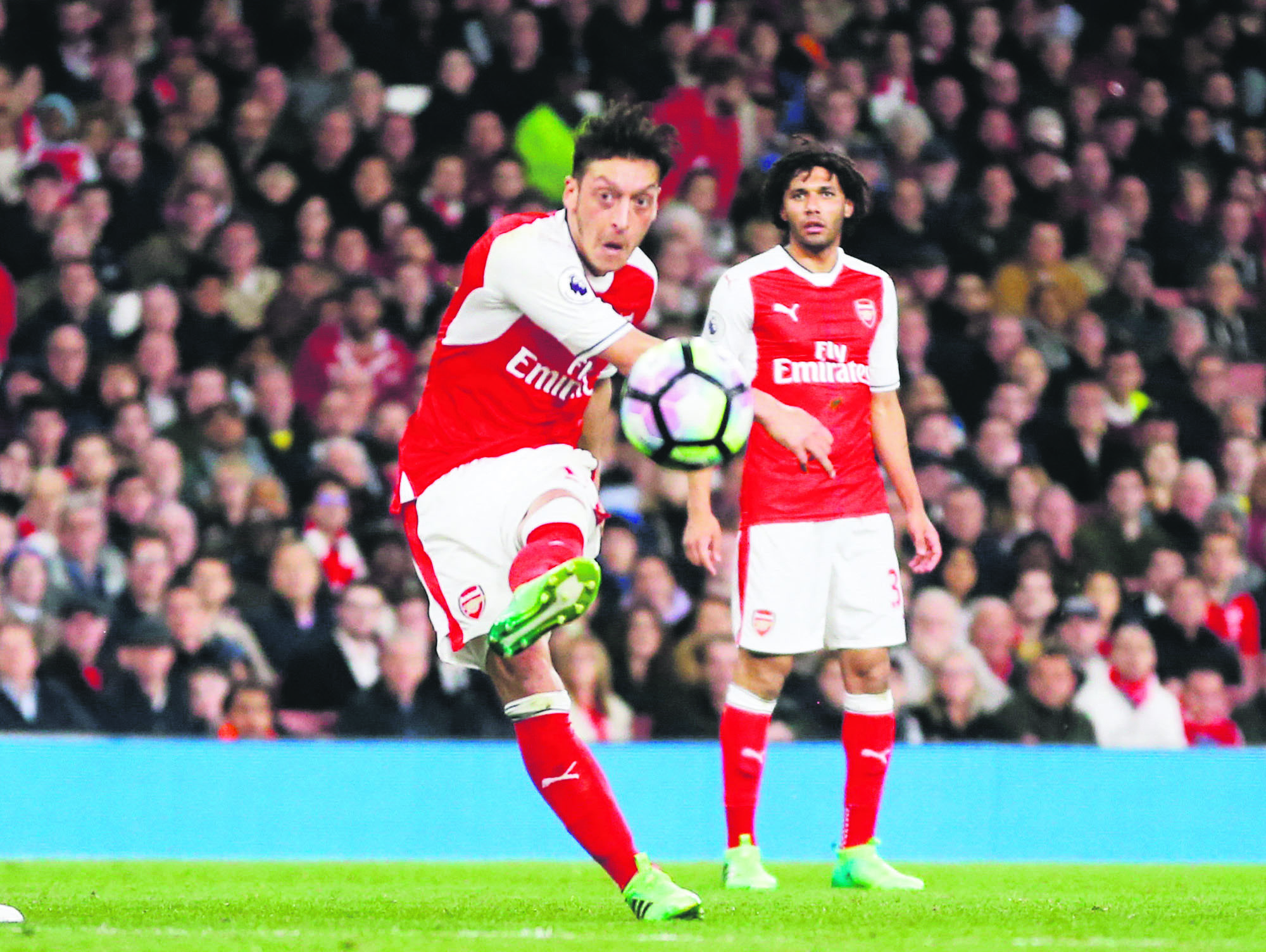 Arsenal playmaker Mesut Özil is close to signing a new contract with the Gunners, according to British media reports on Friday. The German World Cup winner's current deal runs out at the end of the 2017/18 season, but Arsenal are confident of wrapping up negotiations in the next couple of weeks. According to reports, the terms for the 28-year-old's proposed new deal are around 280,000 pounds ($363,000) a week, which would make him the club's top earner, although it's believed that Özil was originally holding out for closer to 350,000 pounds. Özil and Chile international forward Alexis Sanchez have both been linked with moves away from Emirates Stadium this summer, with Sanchez attracting interest from some of Europe's biggest clubs. Özil signed for the north Londoners in a 42.5 million pounds ($55.3 million) deal from Real Madrid in 2013.