Ghanaian footballer gets olive oil to sign with local team 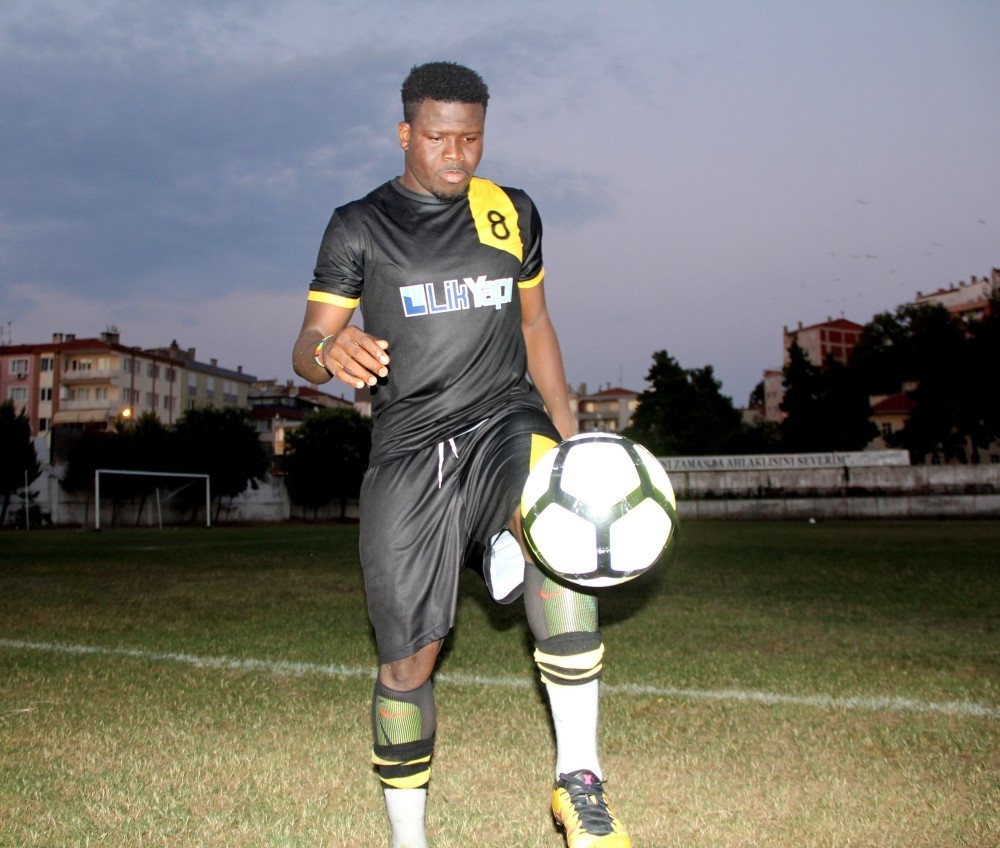 Mohammed Sumaila, an amateur footballer from Ghana has made headlines after he agreed to play for a local team in Bursa, Turkey, reportedly for 10 liters of olive oil. Sumaila, who has been playing amateur football in different cities across Turkey for the last five years, was hired by a team called "Yörükalispor," to play in a local tournament in Bursa. Even though the Ghanaian player had asked neither money not olive oil for his services the villagers decide to present him the local produce, in this case, organic olive oil and whole 10 liters of it.

Sumaila impressed everyone in his first game for Yörükalispor's in the tournament, so much so that in the second game their opponents, Ülkü75spor blocked him from taking the field for 20 minutes. When he was finally able to join the match, Yörükalispor were already trailing and eventually lost the match 3-2. He said that he was invited to play for Yörükalispor, in the month-long tournament, by one of his old teammates from İzmir Gaziemirspor, Tayfun Albayrak.

"I am 25. I have been playing amateur football in Turkey for nearly five years. I have played for different teams in Torbalı, Tire, Soma, and Gaziemir so far. I have joined Kütahya for the upcoming season. But, during the off season, I was asked by Yörükalispor to play in this football tournament. I'm playing for a village team for the first time. I came to this village team after I was invited by a former teammate. I will not be paid for playing but the villagers have told me that they would give me some of the locally produced organic olive oil. I accepted the offer gladly. My dream is to play for a first-tier football team in Turkey," Sumaila said.