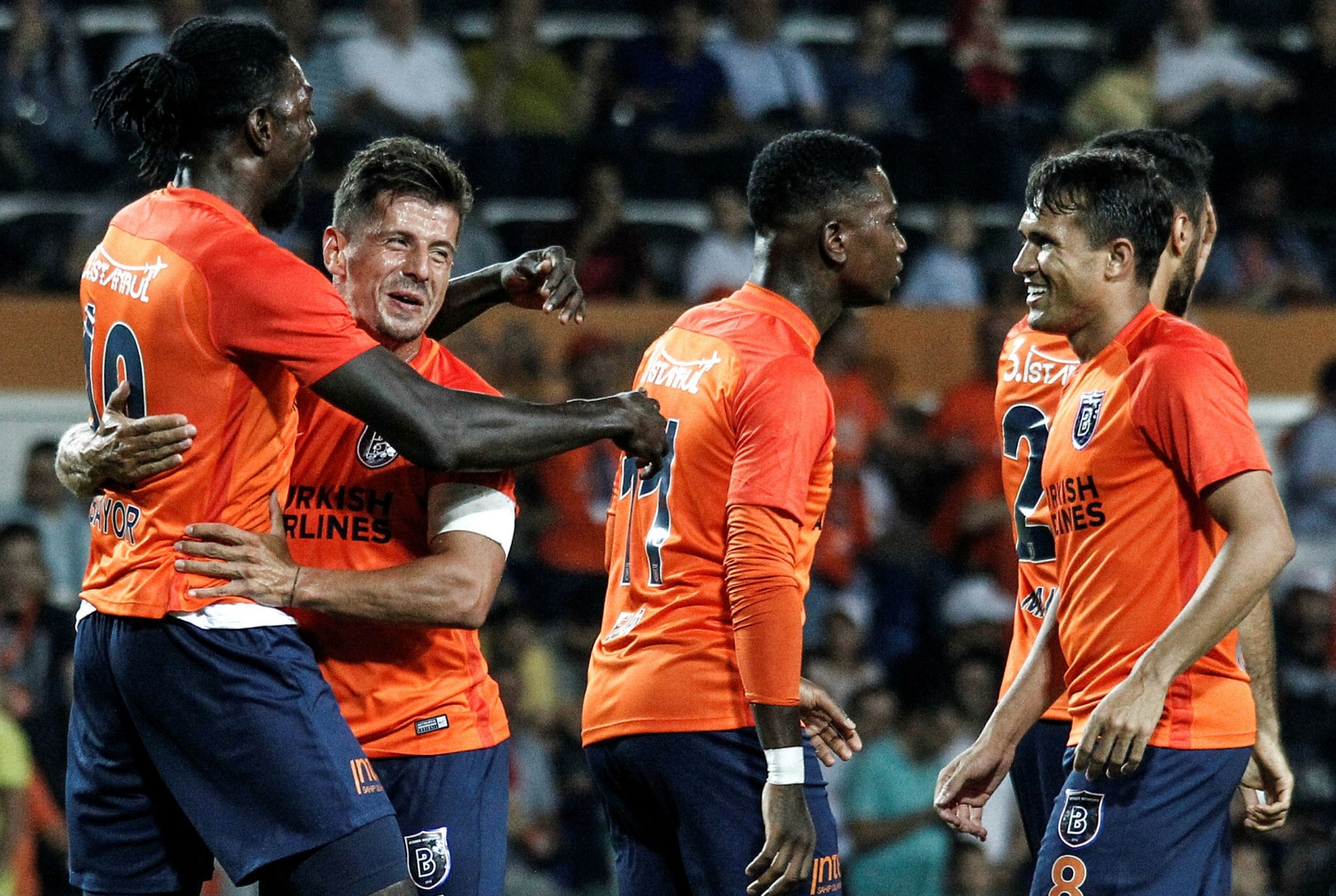 They were playing at home at the Başakşehir Fatih Terim Stadium in the second leg of the League's third qualifying round.

First goal of the team was scored by Emmanuel Adebayor, with a successful header right after the match began.

The second goal came from Edin Visca who sent the ball to the nets in the 33th minute.

Medipol had the advantage going into tonight's clash with Brugge having drawn 3-3 in the first leg match played in Belgium last Wednesday, thanks to two goals from Brazilian midfielder Marcio Mossoro and another from new signing Dutch left winger Eljero Elia.

As Champions League first-timers, Başakşehir, which sold wonder kid Cengiz Under to Italian giant Roma for a fee of €13,40 million ($15.7 million) last month, has filled its squad with talent.

In summer signings so far, the club has added Eljero Elia from Feyenoord, Aurelien Chedjou from Galatasaray, Mevlüt Erdinç from Hannover, Gael Clichy from Manchester City, Tunay Torun from Kasimpasa, and Gokhan Inler from Beşiktas.

They have also recently signed Kerim Frei from Birmingham City and Manuel da Costa from Olympiakos.