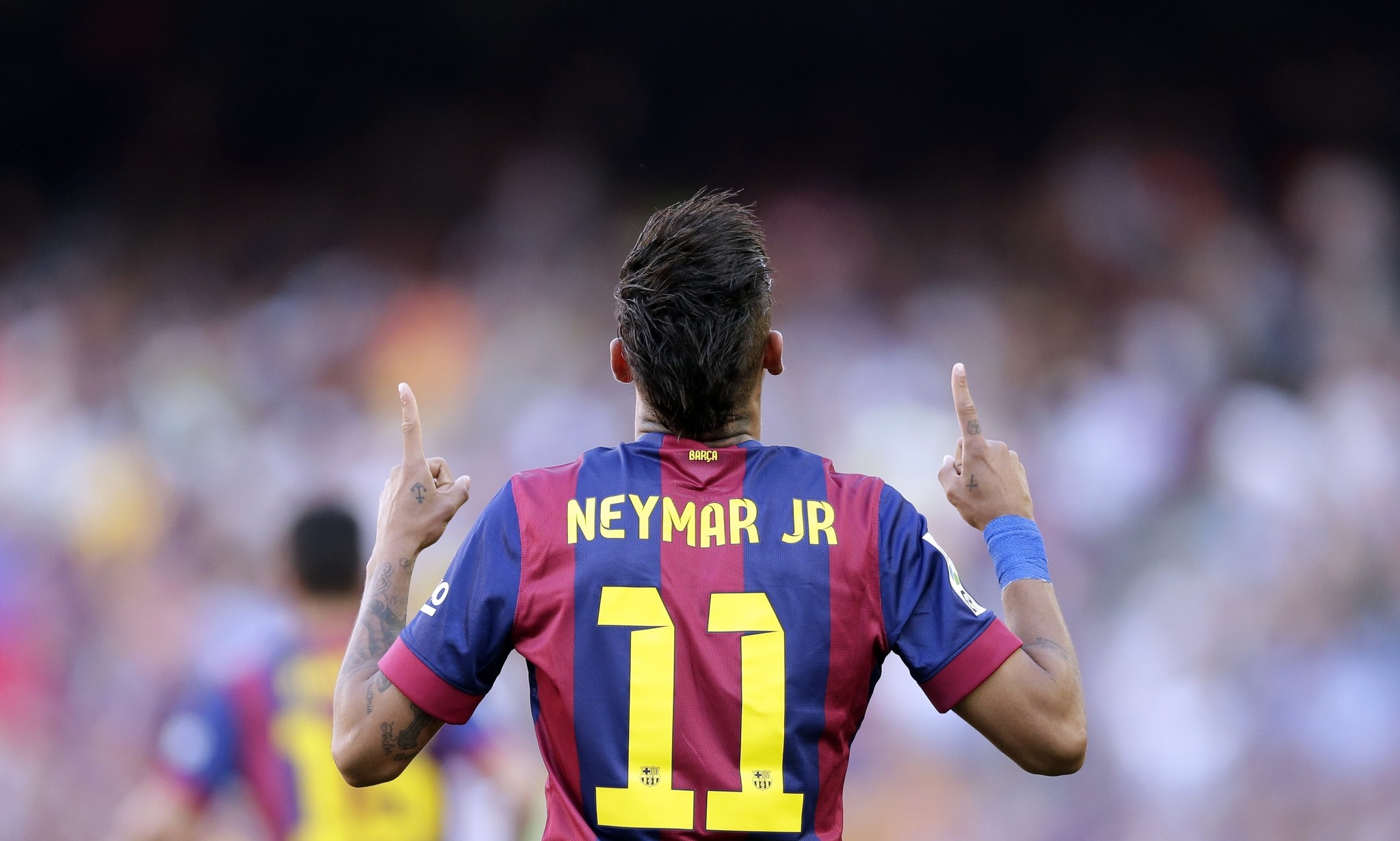 In this May 9, 2015 file photo, FC Barcelona's Neymar celebrates after scoring against Real Sociedad during a Spanish La Liga soccer match at the Camp Nou stadium. (AP Photo)
by Aug 03, 2017 12:00 am

Neymar's world record move to Paris Saint-Germain is set to be completed when the player jets into France on Friday after the Brazilian paid his 222 million euro ($263.6 million) buyout clause to Barcelona on Thursday.

Barca confirmed Neymar's lawyers "made the payment of 222 million euros in the player's name" to release him from the five-year contract he signed just last year.

Earlier, Spain's football league threatened to stall the saga by refusing to accept a cheque presented by Neymar's representatives at its Madrid headquarters.

Clubs can be sanctioned by European football's governing body for making a loss of more than 30 million euros over a three-year period.

However, UEFA insisted the move will not automatically trigger a failure to comply with FFP regulations.

"The transfer of Neymar to PSG will have an effect on the club's finances over several years but the impact of such an operation cannot be judged in advance, notably as PSG could well sell several players for a significant amount," UEFA said in a statement to AFP.

Barca added that they will aid UEFA in any future enquiry into whether the French side fall foul of regulations.

"The club will pass on to UEFA the details of the above operation so that they can determine the disciplinary responsibilities that may arise from this case," continued the Barca statement.

Neymar is due to arrive in Paris on Friday, according to airport sources, and could be presented at PSG's Ligue 1 opener at home to Amiens on Saturday although he is unlikely to play.

His new mark is more than double the previous record set by Manchester United's capture of Paul Pogba from Juventus last year for 105 million euros, leaving many commentators aghast at the rampant inflation in football transfer fees.

Leading coaches such as Arsenal's Arsene Wenger and Manchester United's Jose Mourinho lamented that the move could cause even greater inflation in transfer fees and player wages.

"It also looks like the inflation is accelerating," said Wenger, whose 21 years at Arsenal have been characterised by prudent spending.

"It's beyond calculation and beyond rationality."

'Transfer of the century'

However, in the French capital there is huge excitement at PSG's Qatari-backed project landing a star name to finally make them feared among European football's elite with even French president Emmanuel Macron enthused.

"Neymar to PSG -- the transfer of the century", splashed Le Parisien's front page on Thursday with the first five pages devoted to his impending arrival.

The mood is understandably more sombre in Barcelona where attention has turned to who the Catalans can sign to replace Neymar in the month before the transfer window closes.

There is also scepticism at the role played by PSG's owners Oryx Qatar Sports Investments (QSI) at a time of political crisis for the energy-rich state which has been boycotted by its Gulf neighbours in recent months and will play host to the World Cup in 2022.

But whilst La Liga protests at losing one of its biggest stars, Barca's players have continued to wish their now former teammate well.

"My friend I wish you the best in everything that comes!!!" Luis Suarez posted on Instagram alongside a picture of the two hugging.

"Also thank you for your support, for everything that I learned with you and for the unique moments that we spent together!!!! Keep like this and never change love you little bro."