Neymar hints father was against PSG move in Instagram video 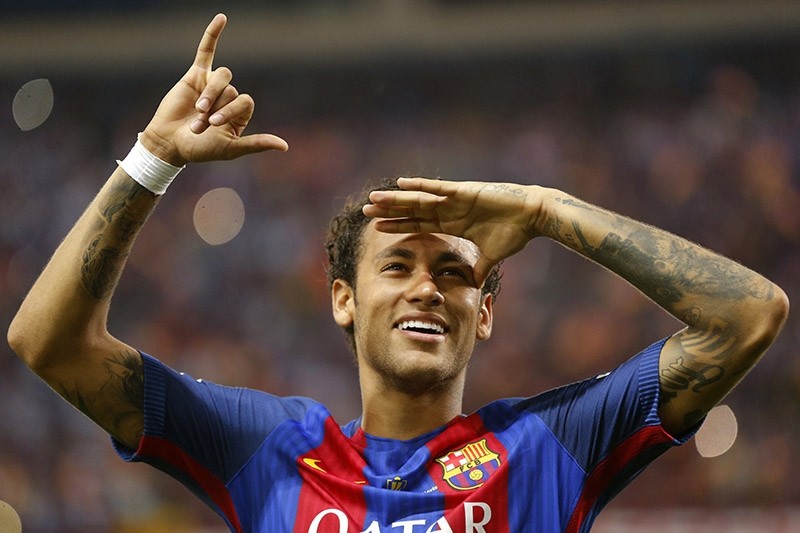 Neymar hinted Friday that his father was opposed to his signing with Paris Saint-Germain, just before arriving in the French capital.

"An athlete (me) needs challenges. And for the second time in my life I will contradict my father," Neymar said in an emotional video on Instagram, as he explained why he was bidding Barcelona goodbye.

"Dad, I understand and respect your opinion, but my decision is taken, I ask that you support me as you always have done," he added.

Neymar signed a five-year deal with PSG, in which he is expected to earn 30 million euros ($35.6 million) net per year, on Thursday.

He earlier severed his ties with Barcelona after paying the colossal sum of 222 million euros ($264 million) to buyout his contract.

That means the transfer is a new world record deal, more than double the previous record of 105 million euros paid by Manchester United to Juventus for Paul Pogba last year.

Neymar added that his family "has suffered a lot with problems that have occurred in this period of my career and deserve peace. It is a difficult decision, but one taken with the maturity of my 25 years."

Neymar's father is extremely close to his son, supervising his career and the negotiation of his contracts.

He has become a celebrity in his own right, even appearing in an advert alongside his son, who had insisted upon arriving at Barcelona that his shirt should carry the name "Neymar Jr".

Father and son are set to go on trial in Spain following an investigation into the player's transfer to Barcelona from Brazilian side Santos in 2013.

"I have accepted the offer from PSG to try to help the club win the titles the fans want. They presented to me an audacious career plan and I think I am ready for it," added Neymar on Instagram.

Of his four years at the Camp Nou, he added: "I have won everything a sportsman can win. I have experienced unforgettable moments."

By leaving Barcelona, Neymar leaves the protection he had with the presence of Linonel Messi, who not only absorbed the glow of the external spotlight, but also much of the attention from defenders on the pitch.

Whenever he takes to the field with PSG, Neymar will be a marked man, with his opponents looking for a chance to take down the most expensive player in football history.