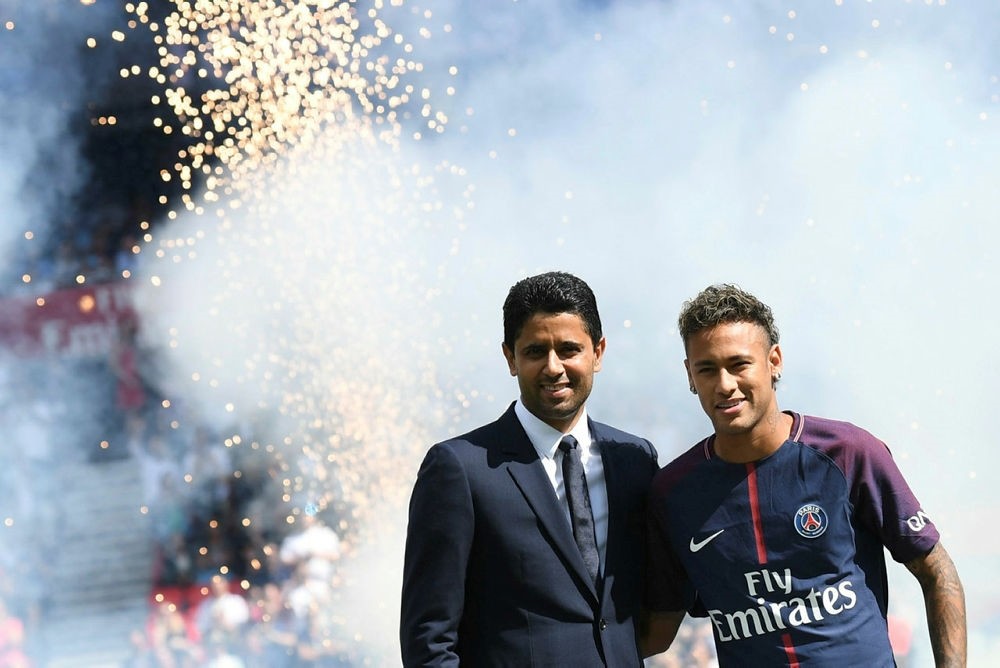 With fireworks exploding around him, Neymar emerged on the pitch to present fans with the sight they had been anticipating: the world's most expensive player in a Paris Saint-Germain kit.

The Brazilian lapped up the adulation of his new home on Saturday — juggling a ball ahead of the game with the feet that made him the world's most expensive player, blowing kisses to fans and tossing a jersey into the crowd.

It will be at least another week before Neymar starts earning PSG back some of the 222 million euros ($262 million) spent on acquiring him from Barcelona through performances in matches.

After 24 minutes on the field, Neymar left to make way for his new teammates. Just like the fans, Neymar watched from the stands as PSG opened the French league season against Amiens, a team playing in the top flight for the first time with a far smaller budget.

The reason provided for Neymar's debut being delayed was that the league did not receive Neymar's international transfer certificate before Friday night's deadline despite his move from Barcelona being completed the previous day.

So the 25-year-old Neymar was reduced to providing the pre-match entertainment at the sold-out stadium.

"I'm happy to be here, I want to win many trophies with you," Neymar said in Portuguese during a brief address to the crowd from a podium. "I will need your support."

There was just one phrase in French — "Paris est magique" (Paris is magic) — before he juggled a ball.