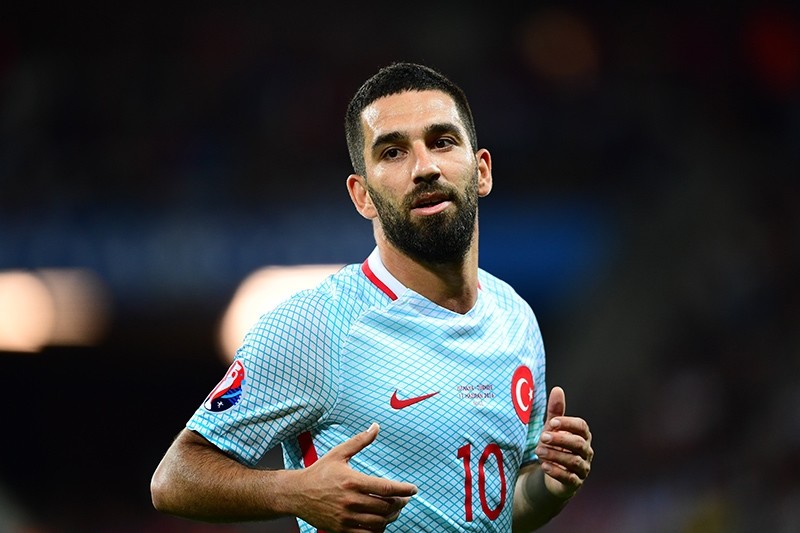 In June, Turan announced his retirement from the national team after being sacked from the Turkish national football team squad by manager Fatih Terim upon verbally and physically assaulting a Turkish sports journalist on a plane that was carrying the national team from Macedonia's Skopje to Italy's Trieste.

Turkey's newly appointed coach Mircea Lucescu reportedly met with Turan late Monday in Spain after Barcelona's friendly match with Brazilian club Chapecoense. According to media reports, Lucescu and Turan had a conversation during a private dinner, which went on in a positive atmosphere.

During the meeting Turan supposedly complained about the negative atmosphere within the team, to which Lucescu responded by acknowledging the problem and promising to make an effort to solve it. Lucescu also told the Barcelona player that he needed him and that he is the captain.

"You must forget what happened before. I will bring respect and love back to this team. I will unite this team again. You are the captain and ther is no need to say how much I need you," . Lucescu reportedly said to Turan.

After the dinner Turan was reportedly convinced to return to the national team.

In Milan, the Romanian coach visited Çalhanoğlu and reportedly said to him, "You are one of the most important players in the national team. I am aware of your importance and quality. I wish you success in Milan."

Çalhanoğlu shared a photo with Lucescu on his social media account and wrote "Thanks Lucescu."

Lucescu met Mor, who recently signed with Inter Milan, and the Romanian is expected to meet with other Turkish stars who play in European leagues such as Cengiz Ünder, Yunus Mallı, Nuri Şahin, Kaan Ayhan, Ömer Toprak, Çağlar Söyüncü, Emre Çolak and Enes Unal. Speaking at the signing ceremony on Aug. 4, Lucescu said that the important duty of serving Turkish football rested on his shoulders.

Turan is expected to be called up to the Turkish national team squad for 2018 World Cup qualifying matches against Ukraine and Croatia on September 2-5.