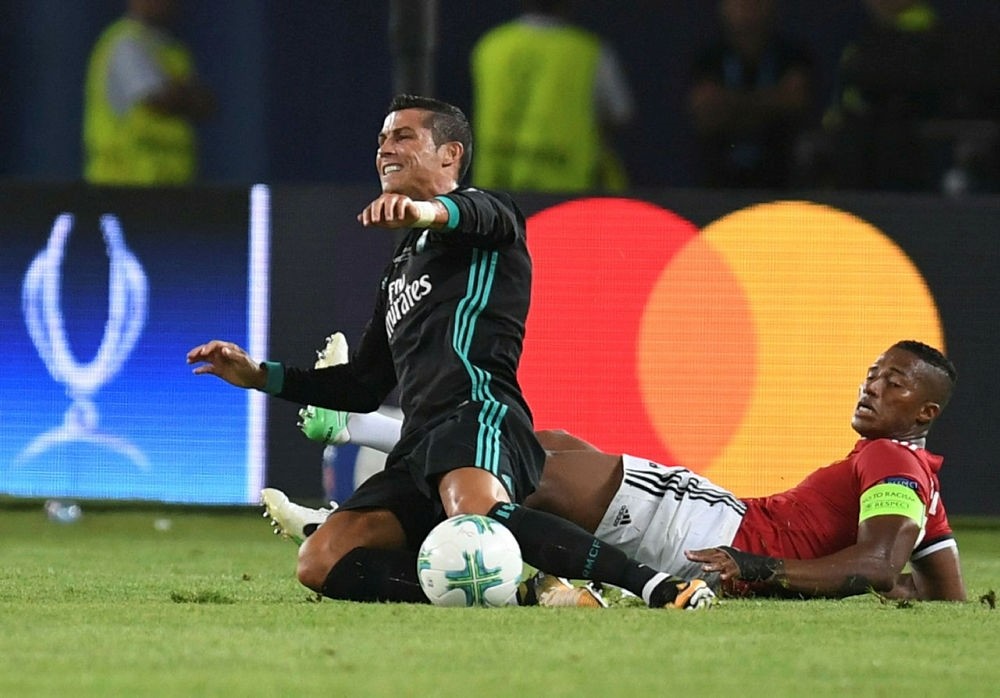 Real Madrid eased to a 2-1 victory over Manchester United to win the Super Cup on a hot night in Skopje on Tuesday, with goals in each half from Casemiro and Isco.

Cristiano Ronaldo watched most of the end-to-end action from the bench, while his teammates outclassed United.

Casemiro hit the bar with a header and fired a shot over the top before scoring in the 24th minute. The Brazilian slid in for a left-foot finish, served up by Dani Carvajal.

Isco extended the lead for Zinedine Zidane's European champions with a cool shot in the 52nd, after Gareth Bale helped him run through United's defense.

Making amends for an earlier miss, United's new striker Romelu Lukaku made it 2-1 in the 62nd, beating goalkeeper Keylor Navas after he blocked a powerful shot from Nemanja Matic.