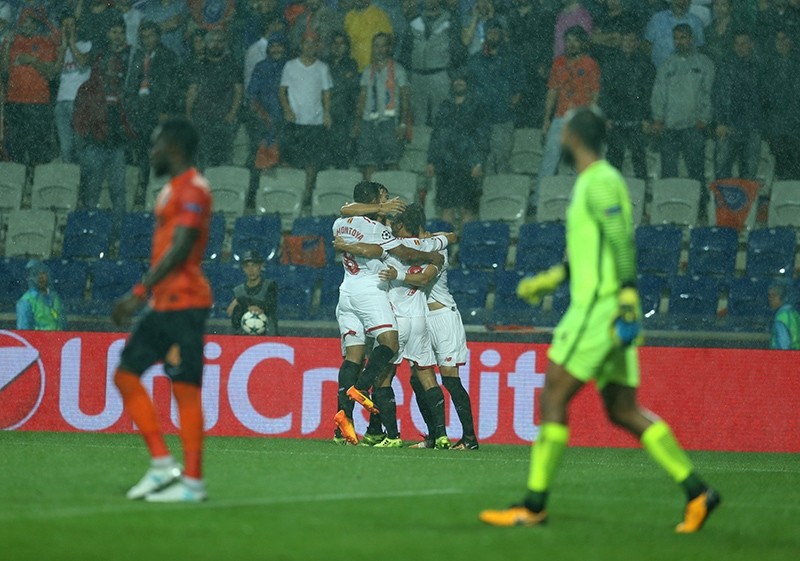 The Spanish club, chalked up two away goals for the win and gained the upper hand ahead of the second leg match next week.

The pouring rain and Başakşehir's defense were unable to hamper Sevilla as they found their first goal in the 15th minute thanks to a low shot from the left side of the box by Sergio Escudero.

Although participating for the first time in the Champions League, Başakşehir did not seem intimidated by their opponents as winger Eljero Elia raced past defenders and fired a powerful shot underneath goalkeeper Sergio Rico, for the equalizer in the 64th minute.

The final whistle gave the advantage to Sevilla heading into the second leg match on their home turf next week.

Başakşehir now needs to defeat their opponent in Spain on Aug. 22 by at least 2-1 to stay alive for extra time.

The loser of the series will continue their European journey from the UEFA Europa League while the winner will carry on with the group stages in the Champions League.