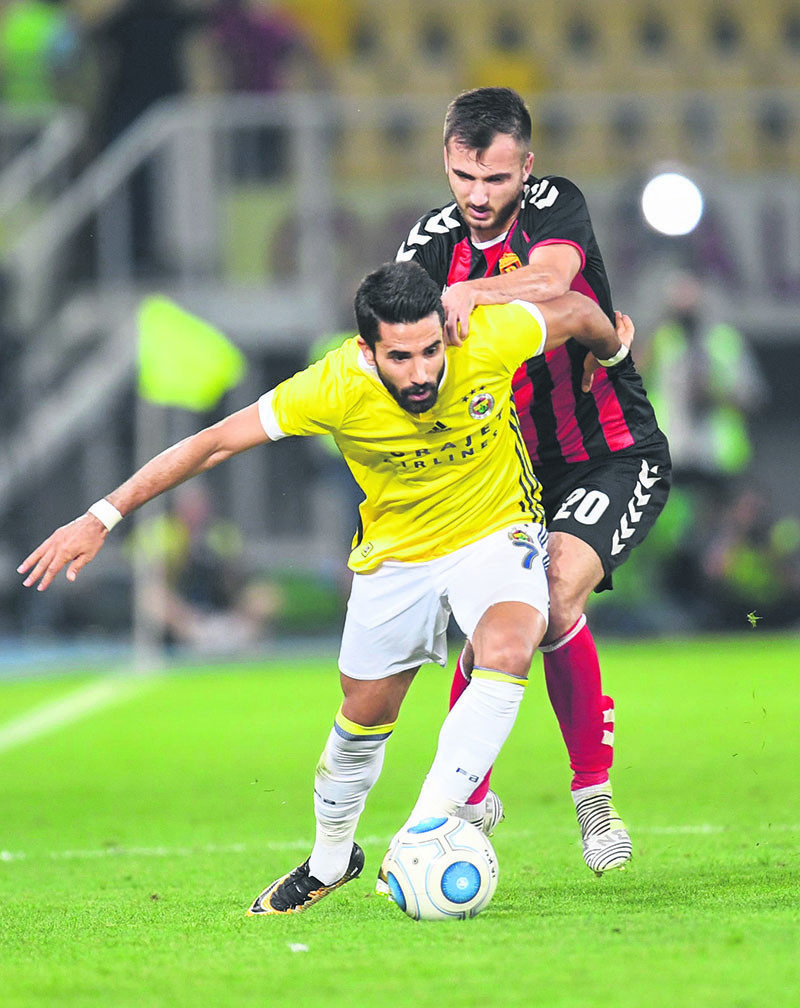 After being stunned by Macedonian minnows Vardar 2-0 in the Europa League qualifying playoff first leg match, the Yellow Canaries will now seek a win against their arch rivals to comfort disappointed fans in their Super League second week clash

Fenerbahçe continued their miserable run in a Europa League qualifying playoff first leg clash on Thursday against Vardar. The Turkish giants, with Nabil Dirar and Mathieu Valbuena playing, fell to a shock 2-0 loss to minnows Vardar in Macedonia. Considering Fenerbahçe disappointed in the first match of the Super League, drawing 2-2 against the newly promoted Göztepe, this was the second shock for the Yellow Canaries. However coach Aykut Kocaman was hopeful anyway saying, "It was an unexpected result for us. It hurt us. But if you compare the two teams' capacity, I am sure that we will qualify for the UEFA Europa League. We have a difficult period ahead of us. It would have been very relieving if we could have returned to Istanbul with a good win, especially ahead of the Trabzonspor match. Mentally we must focus on the Trabzobspor match."

Fenerbahçe on Sunday will host their archrivals Trabzonspor, with the match taking on extra proportions considering Fener's recent poor form.

Vardar coach Cedomir Janevski said, "We got a good result for both Vardar and Macedonia. And luck was on our side. The two goals were each the fault of the opposition players."

Elsewhere, Everton took a 2-0 lead in a Europa League qualifying play-off first leg clash on Thursday against Hajduk Split in Liverpool in a game stopped temporarily due to crowd trouble. Hajduk fans surged toward the Goodison Park pitch and threw objects with play stopped shortly after Michael Keane's 30th-minute header had put the hosts in front. After police brought the situation under control players returned to the pitch and Everton doubled their lead in the 45th minute thanks to Idrissa Gueye's strike off a Wayne Rooney cross. In Milan, defender Leonardo Bonucci captained AC Milan to a 6-0 win on his competitive debut for the Italian side against modest Macedonians Shkendija two months after playing for Juventus in the Champions League final. Meanwhile, last year's finalists Ajax Amsterdam lost 1-0 at home against Rosenborg with substitute Samuel Adegbenro scoring the winner for the Norwegians after 77 minutes in the Netherlands. Marseille drew 1-1 at Domzale in Slovenia after Morgan Sanson equalized for the French after 63 minutes after Amedej Vetrih put the hosts ahead after 12 minutes. Athletic Bilbao came from behind to beat Panathinaikos 3-2 in Greece thanks to a late Aritz Aduriz double on 68 and 73 minutes as Red Star Belgrade fell 3-2 at Krasnodar in Russia.

Meanwhile, Legia Warsaw, Apollon Limassol and Aberdeen have all been fined following crowd trouble this month, UEFA announced on Friday. The Polish club faced the heaviest penalty, a fine of 35,000 euros ($41,100) for "an illicit banner" and having stairways blocked at their Champions League qualification tie at home to Astana on Aug. 2. Following a crowd disturbance a day later at the Europa League game between Apollon and Aberdeen, the Cypriot club were fined 27,500 euros after fans set off fireworks and threw objects onto the pitch and for the behaviour of their players. Aberdeen were fined 10,000 euros for crowd trouble and having no stewards travelling with their fans. Hajduk Split and Everton are waiting for the UEFA observer's report into their Europa League tie on Thursday after television coverage showed visiting Croatian supporters surging towards home fans and causing a delay of four minutes.