First video review in Serie A leads to saved penalty 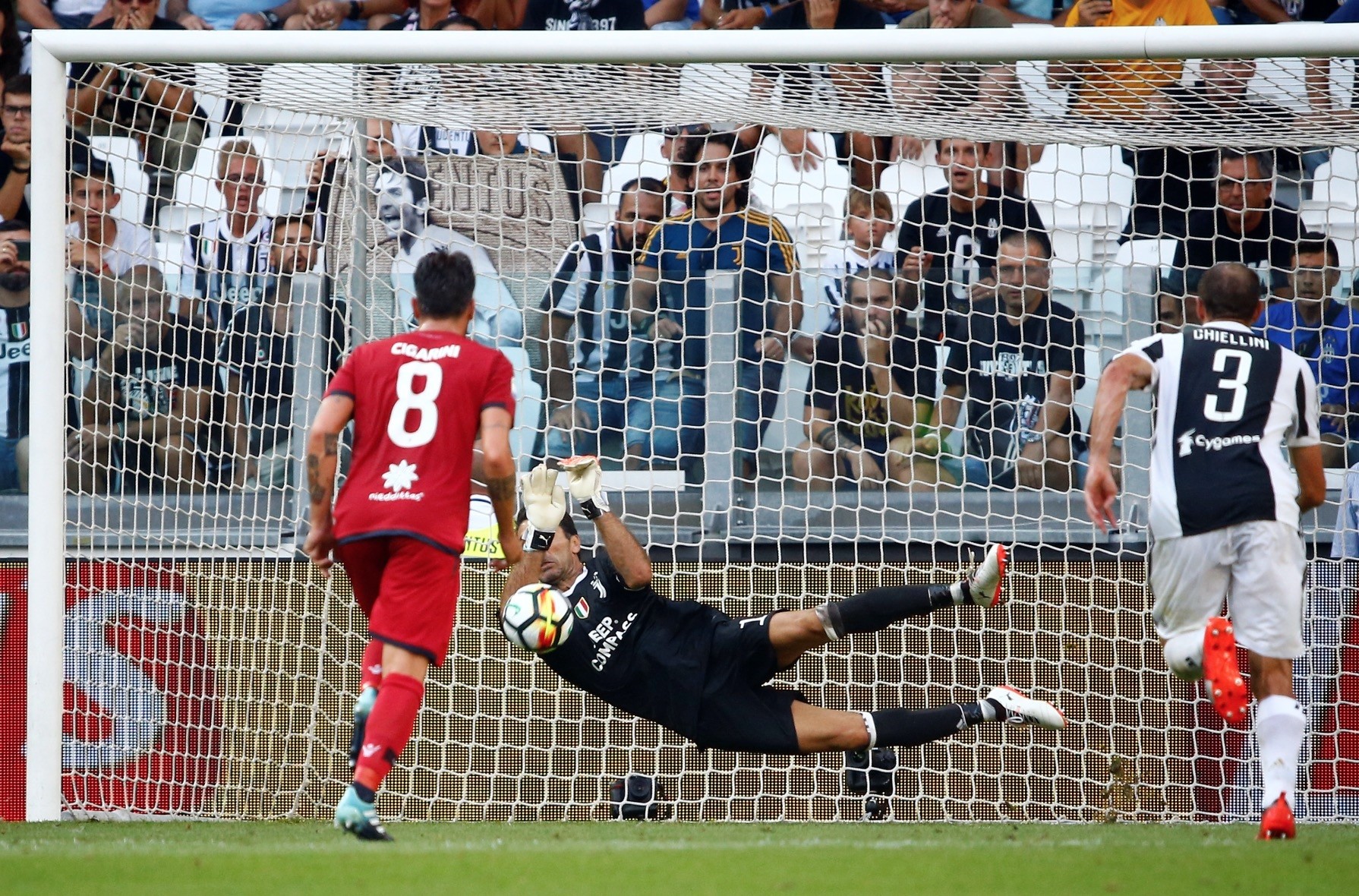 The Video Assistant Referee awarded a penalty to Cagliari but Diego Farias' effort was saved by Juventus veteran Gianluigi Buffon. The Bianconeri went on to win 3-0

The opening match in Serie A also produced the first decision from video review on Saturday.

The Video Assistant Referee awarded a penalty to Cagliari but Diego Farias' effort was saved by Juventus goalkeeper Gianluigi Buffon and the Bianconeri went on to win 3-0.

"I don't want to comment on the VAR, just as before I didn't comment on the referees' decisions," Juventus coach Massimiliano Allegri said. "I'll only say that luckily we have Buffon in goal: He's still the best." Juventus has had a difficult few months: Losing its second Champions League final in three years and key defender Leonardo Bonucci moving to AC Milan amid reports of infighting. It also lost the Italian Super Cup to Lazio last weekend.

"Considering that at the beginning of the season there's a bit of sparkle lacking, we did well," Allegri said. "When the team works together in defense it's difficult for our opponents to shoot on goal. In preseason we always conceded, and that was a sign that something wasn't working." It took the Bianconeri less than 12 minutes to open the scoring when Mario Mandzukic volleyed in Stephan Lichtsteiner's cross. This is the first season that Serie A has introduced video technology, and it got its first use at the end of the first half. Duje Cop went down under Alex Sandro's challenge and, after a bit of hesitation, referee Fabio Maresca summoned video reviews. After consulting with the VAR and looking at the incident on a pitchside monitor, he gave a penalty to Cagliari. Buffon saved Farias' penalty and Juventus doubled its lead in first-half stoppage time when Dybala controlled Miralem Pjanic's ball over the top and fired it home. Gonzalo Higuain extended Juve's lead shortly after the hour with a precise strike into the bottom far corner after being set up by Alex Sandro. New Juventus signings Blaise Matuidi and Douglas Costa made their Serie A debuts after joining from Paris Saint-Germain and Bayern Munich respectively.

Video technology was also called upon in Napoli's 3-1 victory at newly promoted Hellas Verona. Napoli took the lead when Verona goalkeeper Nicolas flapped at a corner and it bounced off Samuel Souprayen's shin and into the net for an own goal. Michael Fabbri consulted with the VAR to check whether there was a foul on Nicolas before awarding the goal.

"(Kalidou) Koulibaly's hand was on Nicolas, but the VAR judged it how it did and anyway I don't think it would have changed the outcome of the match," Verona coach Fabio Pecchia.

Napoli doubled its lead minutes later when Lorenzo Insigne counterattacked and Arkadiusz Milik slotted across into the bottom left corner. It was the Poland international's first league start since injuring his knee in October. The third came when Nicolas parried Dries Mertens' effort but Faouzi Ghoulam chipped in the rebound. The only negative point for Napoli was the sending off of defender Elseid Hysaj. Substitute Giampaolo Pazzini, who was the top goal-scorer in the second division last season, converted the resulting penalty.

London Mayor Sadiq Khan posed on the pitch before kickoff, holding a home team jersey with his Verona counterpart.