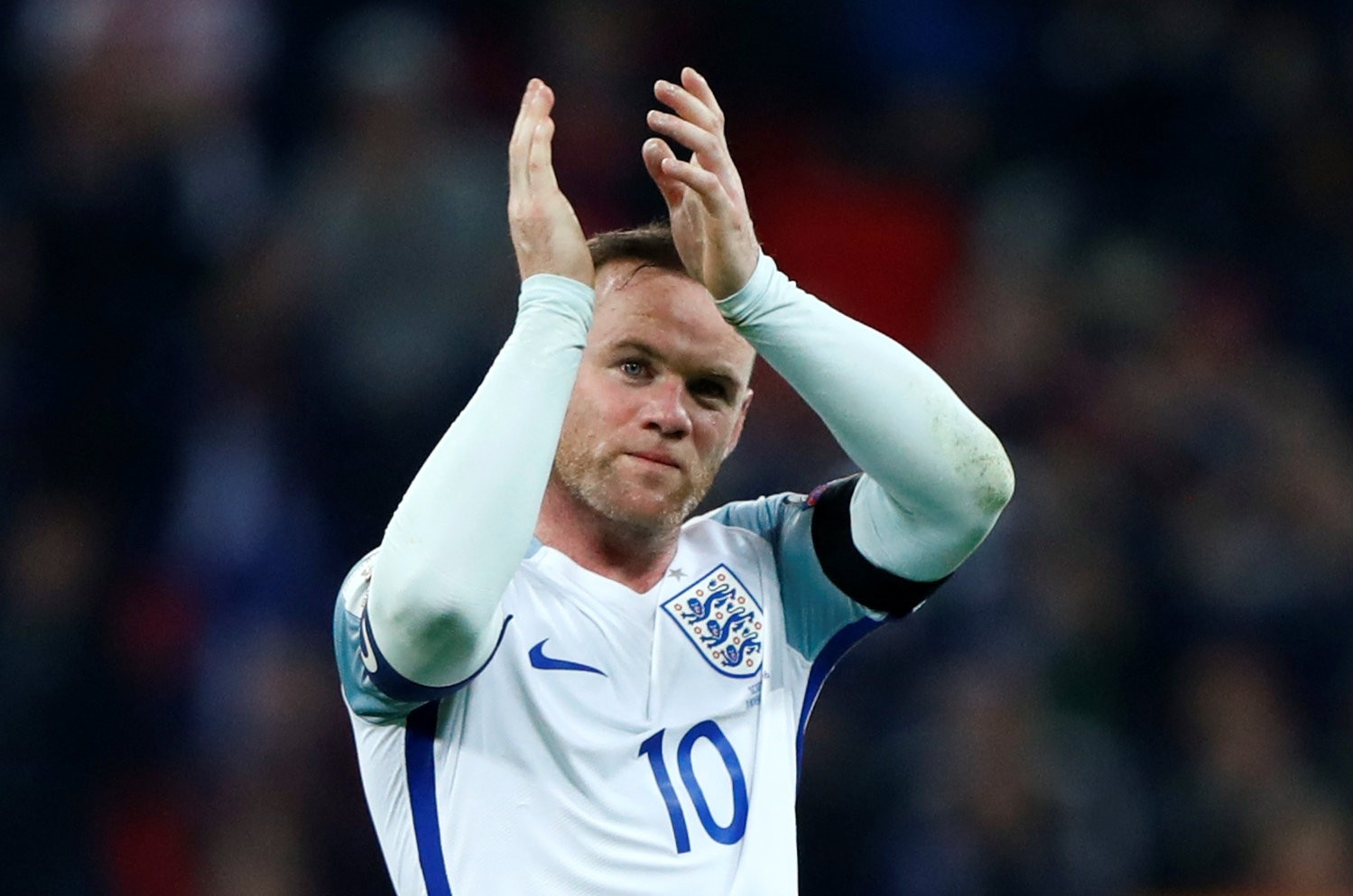 England record-scorer Wayne Rooney called time on his often tempestuous international career on Wednesday, retiring from duty after spurning an offer to return to the squad.

"I believe now is the time to bow out," the former England captain said in a statement. "I will always remain a passionate England fan."

A return to form since leaving Manchester United to go back to Everton in the offseason had seen England manager Gareth Southgate approach Rooney about returning for upcoming World Cup qualifiers. But the 31-year-old striker has decided to focus on his club career, quitting England duty with a record 53 goals in 119 appearances — more than any other outfield player.

"It was great Gareth Southgate called me this week to tell me he wanted me back in the England squad for the upcoming matches. I really appreciated that," Rooney said. "However, having already thought long and hard, I told Gareth that I had now decided to retire for good from international football.

"It is a really tough decision and one I have discussed with my family, my manager at Everton and those closest to me. Playing for England has always been special to me. Every time I was selected as a player or captain was a real privilege and I thank everyone who helped me."

Rooney never progressed beyond the quarterfinals of a tournament with England and his struggles on the international stage often saw him cast as the fall guy for his country's inability to come close to adding to its solitary title in the 1966 World Cup.

"One of my very few regrets is not to have been part of a successful England tournament side," Rooney said. "Hopefully the exciting players Gareth is bringing through can take that ambition further and I hope everyone will get behind the team.

"One day the dream will come true and I look forward to being there as a fan — or in any capacity."

English Football Association chairman Greg Clarke acclaimed Rooney, who broke Bobby Charlton's 45-year England scoring record in September 2015, as "an icon of his generation and an undoubted legend of the game."

"It goes without saying that Wayne has deservedly earned the right to forever be called a Three Lions great," Clarke said. "I know it was always a huge honor for Wayne to pull on the England shirt and led his country as captain with great pride.

"It's with sadness that we see Wayne call time on his international career but we respect his decision and expect to see him continue to contribute to Everton and the rest of the football world for many years to come. From street footballer to England captain, Wayne continues to be an inspiration for all."

And yet much more was expected from Rooney in the Three Lions jersey after announcing himself on the international scene with four goals at the 2004 European Championship at the age of 18.

Although Rooney set records with England, his time away with the national team was sometimes less distinguished. What turned out to be Rooney's final appearance — against Scotland in November last year — was followed by a rebuke from over his late-night revelry in the team hotel.

The FA said at the time that Rooney wasn't living up to his responsibilities as captain after being pictured bleary-eyed at a wedding reception at the hotel at a time when his position in the team was already in doubt.

Erratic behavior has followed Rooney on and off the field throughout his career.

Rooney's 2006 World Cup was remembered for his red card against Portugal and then-manager Sven-Goran Eriksson urged critics: "Don't kill him, I beg you."

Rooney's fiery character flared again at the 2010 World Cup when Rooney sarcastically sneered into a camera after a draw with Algeria: "Nice to see the home fans boo you. That's what you call loyal supporters."

In three appearances at World Cup finals, Rooney only managed one goal — in the 2014 edition in Brazil when England was embarrassed with a group-stage exit. Further embarrassment was to come two years later when England was eliminated by Euro 2016 newcomer Iceland in the round of 16 — the only game Rooney scored in at the tournament in France.

What was rarely disputed was Rooney's commitment while on the pitch appearing for a country where expectations for the national team far exceed the prospects of success. The dedication saw Rooney, despite the tabloid scandals and hot-headedness in games, appointed captain by then manager-Roy Hodgson in 2014.

Sven-Goran Eriksson, who first called up Rooney as a 17-year-old in 2003, felt Rooney could play at the highest level with England.

"I think it's a pity he will miss the next World Cup with England," Eriksson told broadcaster Sky Sports. "If I was the manager I would try to convince him to delay (his retirement) until after the World Cup ... I think England still needs him."