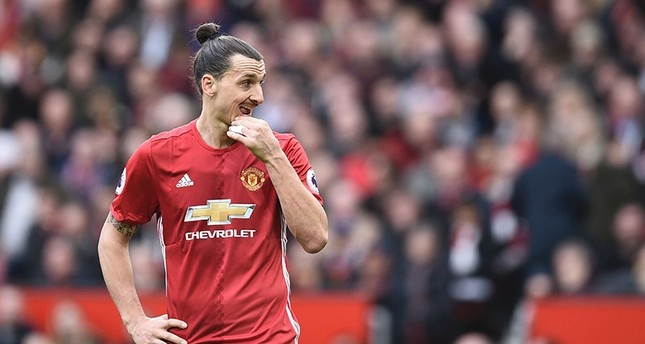 Zlatan Ibrahimovic signed a new one-year deal with Manchester United on Thursday, saying he is "back to finish what I started" at the English giant.

The Swedish striker scored 28 goals in 46 appearances for United last season, but was released in the summer after sustaining a serious knee injury in April.

United manager Jose Mourinho remained in contact with the 35-year-old while he underwent his rehabilitation and the former Barcelona and Paris Saint-Germain forward has now agreed to return to Old Trafford.

"It was always mine and the club's intention for me to stay," Ibrahimovic said. "I cannot wait to get back out on that Old Trafford pitch, but I also know that I have to take my time to make sure that I am ready."

"I have been working hard and will continue to do so to make sure I am in the best possible condition for my return to the pitch."

Mourinho also said he had "no doubt" that Ibrahimovic "will be important in the second part of the season."

"We are delighted Zlatan is on the road to recovery," Mourinho said, "and we are equally delighted to have his ambition and experience back with us."

In Ibrahimovic's absence, United have made a flying start to the Premier League season.

United signed Romelu Lukaku for 75 million pounds (then $97 million) from Everton in July as a replacement for Ibrahimovic.