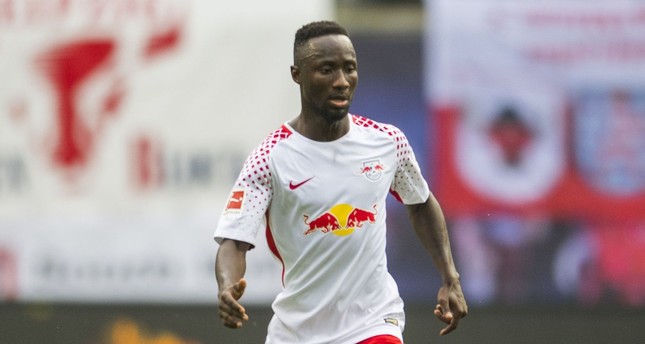 Guinea international midfielder Naby Keita (above) will join Premier League giants Liverpool next year after the English outfit agreed a reported club record deal of $62 million with German side RB Leipzig. Liverpool will also reportedly pay an undisclosed premium for the 22-year-old, who scored eight goals in 31 league appearances last term to help Leipzig finish runners-up in the title race. Keita, who will be a pivotal figure in Leipzig's maiden Champions League campaign this term, said his present club remained his immediate priority but he was delighted to be joining such a historic club.

"I am delighted that an agreement has been reached which will allow me to join Liverpool Football Club next summer, when I will become part of a project that excites me greatly," Keita told the Liverpool website.

"My commitment to RBL remains absolute for the remainder of my time at the club. I have given my all every time I have worn the shirt -- that will be the case until the final whistle, in my final appearance.

"Having my future resolved means I can now focus on helping RBL achieve great things this season. Until I join my new club, next summer, I will remain an interested supporter from a distance." Liverpool's previous transfer record was the $45.3 million they paid Newcastle United to sign Andy Carroll in January 2011. An athletic box-to-box midfielder, Keita has been a longstanding target for Liverpool manager Jurgen Klopp. He began his career with Horoya in his home city of Conakry and spent a season at French second-tier side Istres before joining Red Bull Salzburg in 2014. Salzburg sold him to RB Leipzig, their German sister club, in June last year.

Share on Facebook Share on Twitter
Previous in Football German prosecutors are charging a man suspected of detonating three... Next in Football Celta Vigo announced the signing of winger Emre Mor from Borussia...
DAILY SABAH RECOMMENDS