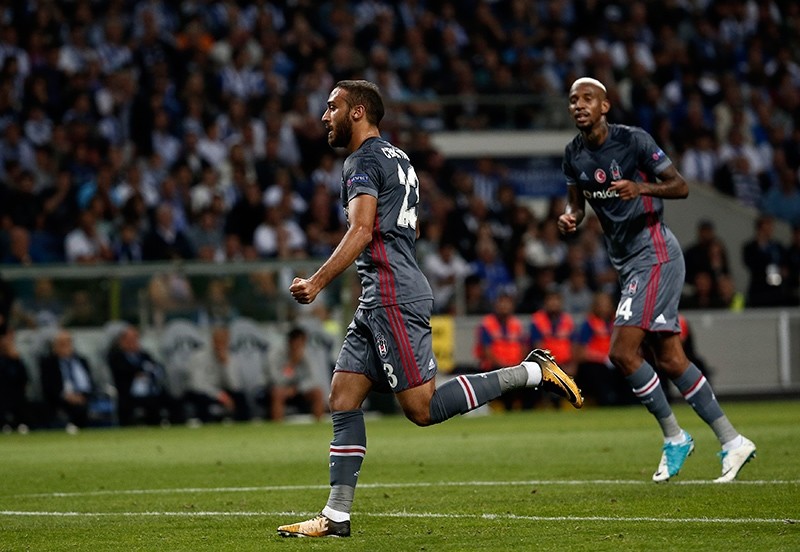 Istanbul giant Beşiktaş's striker Cenk Tosun has scored the best goal of the week in the Champions League, the UEFA announced Monday.

The goal chosen by fans as the best in the opening week of the Champions League group stage was scored by the Turkish international against Porto in the Black Eagles' 3-1 win.

Tosun sent a 'guided missile' right inside the near post from 25 meters away to give Beşiktaş a 2-1 lead in the 28th minute.

37 percent of the voters chose Tosun's strike as the best from last week's many goals.

Spanish international Pedro Rodriguez' goal against Azerbaijan's Qarabağ was voted second, while Argentinian superstar Lionel Messi had to settle for third place with his goal against Italian champion Juventus.

It is not the first time Cenk Tosun has scored a wonder goal His overhead bicycle kick against Benfica last November was chosen as the best goal of the season in the UEFA Champions League 2016/2017 season.