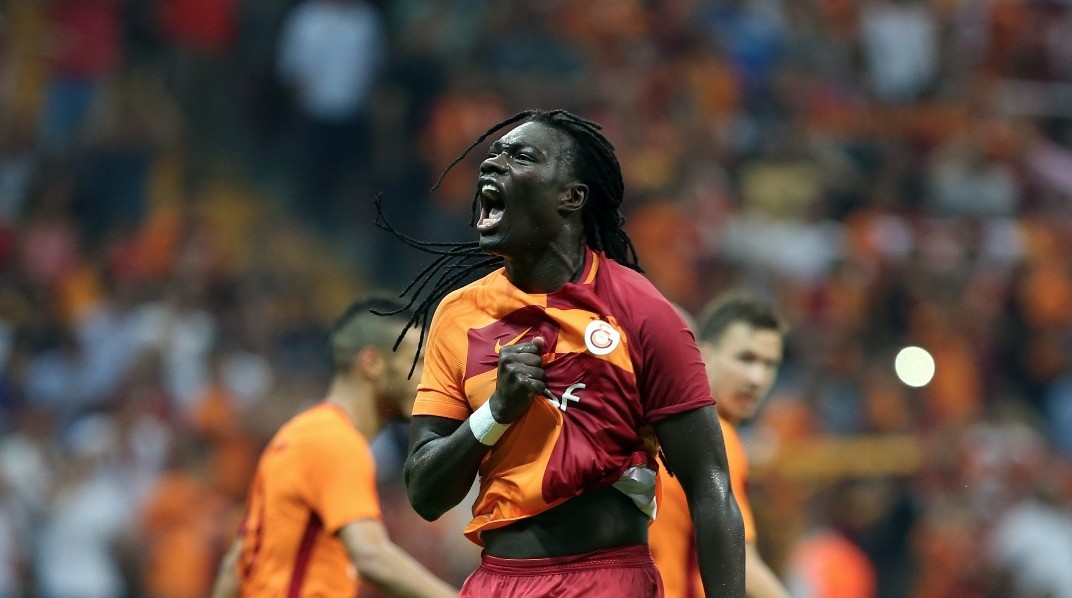 Galatasaray's prolific scorer Gomis continued to dazzle with his superb performance and has looked perfectly comfortable in the Turkish league.
by Hakan Baş Sep 18, 2017 12:00 am

Turkish giants Galatasaray continued their dream start to the season picking up their fourth win in five matches as they cruised past a resolute Kasımpaşa. With a double from their super signing Bafetimbi Gomis, this was the Lions' 100th victory at Türk Telekom Stadium

Bafetimbi Gomis hit a brace Saturday as Galatasaray downed a dangerous Kasımpaşaspor 2-0 and extend their unbeaten run in the Spor Toto Super League to five matches. Galatasaray went into the match having dropped just two points in their first four encounters. They were held by Antalyaspor 1-1 last week but won all three matches against Kayserispor, Osmanlıspor and Demir Grup Sivasspor. With the win, the Istanbul side are now placed top of the table with 13 points and they showed no intention of giving that place up as they picked up their fifth consecutive victory at home.

Gomis, who has played an important role so far in this new-look Galatasaray, punished Kasımpaşaspor with his goals in the 44th and 79th minutes. With the double, the Lions' newcomer took his goal tally to seven in just five gameweeks.

The defeat, on the other hand, left Kasımpaşa in the ninth place with seven points.

For Galatasaray, however, this win will go down in history as it marked their 100th victory at their home Türk Telekom Stadium, which opened on Jan. 15, 2011. It was also a sweet revenge for their last season's defeat at the hands of the same rivals.

Meanwhile, Galatasaray's prolific scorer Gomis continued to dazzle with his superb performance and has looked perfectly comfortable in the Turkish league. With seven goals in five games, he was very close to breaking Saffet Sancaklı's record nine goals in the opening seven weeks of the 1994-95 season. Gomis recently surpassed Umut Bulut who scored five goals in the first four weeks. After the match, the French footballer said: "Kasımpaşa was a difficult team. I had difficulties to find empty spaces during the game. But I managed to keep my focus. They were not just my goals, they were the team's as well. Galatasaray's winning that is more important."

Since the beginning of the season, Galatasaray fans have shown great interest and some 41,710 fans watched the game against Kasımpaşa. National team coach Mircea Lucescu was also in attendance.

Galatasaray coach Igor Tudor said: "There was a team soul in the field. I saw very good things in the match. I am happy for Bafetimbi Gomis, he scored two goals today."

"However, we must continue to improve ourselves. We have made a good start to the league but it is not enough. It is a long marathon."

Kasımpaşa coach Kemal Özdeş said: "We are sorry to lose against Galatasaray. But it is very difficult to play at this stadium. Now there is nothing to do except preparing well for our next week's rival, Kayserispor. And I must add that Gomis is a very effective forward."

In the other match of the day, Teleset Mobilya Akhisarspor beat Kardemir Karabüskpor 2-1.