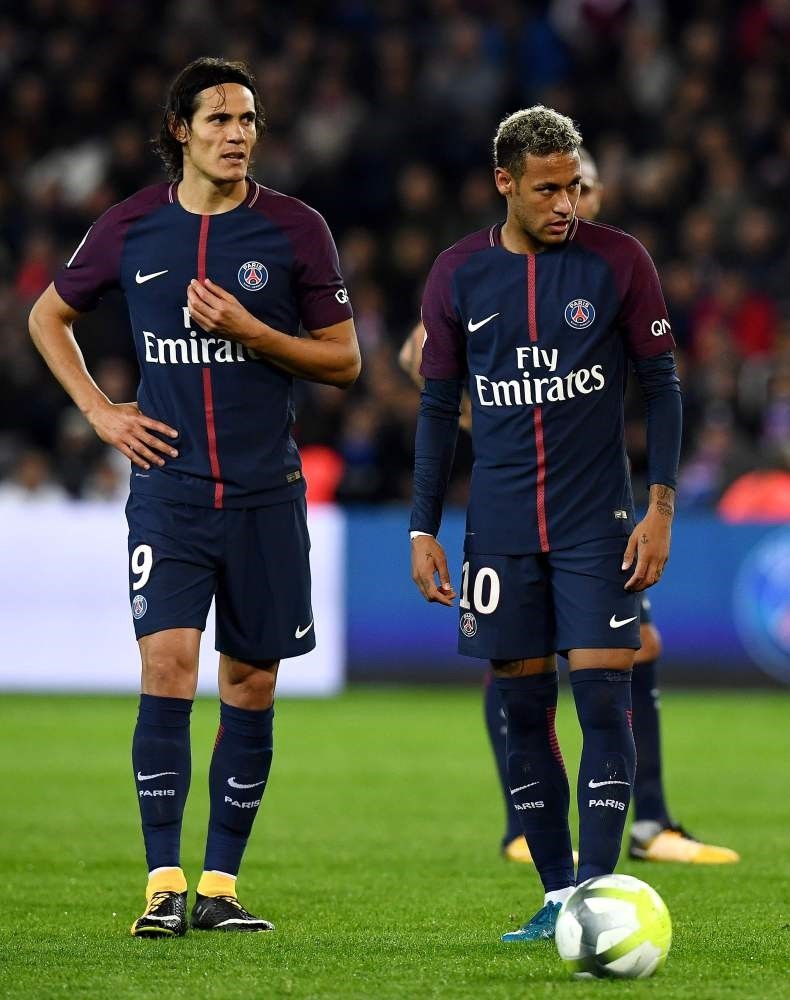 Brazil's media dubbed the spat between Paris Saint-Germain stars Neymar and Edinson Cavani over who should take a penalty kick during their victory against Lyon "a war of egos." Newspapers in Brazil, always hungry for Neymar news, dived into the tussle in which the recently signed PSG superstar tried to take the ball from his Uruguayan teammate in Sunday's match. Cavani kept the ball but had his shot saved in what was ultimately a 2-0 win. "Neymar and Cavani argue again," read O Dia's headline, referring to another penalty incident during PSG's 6-2 win over Toulouse on Aug. 20, Neymar's first home game with the French side after transferring from Barcelona.

"The result allowed Neymar's team to remain leaders but what caught the attention was the poor understanding between the Brazilian and Cavani," O Globo daily said. Ledio Carmona, a commentator for Sport TV, which broadcasts Lig 1 games, said Neymar risks estranging himself from his new teammates if he keeps "playing selfishly."

"I think this throws a bit of a shadow, it shows an overly individualistic side. If other situations like this happen the whole situation could degrade," he told AFP. Globoesporte.com went even further, calling it a "war of egos."

"It's clear these two players don't get on," the site said.