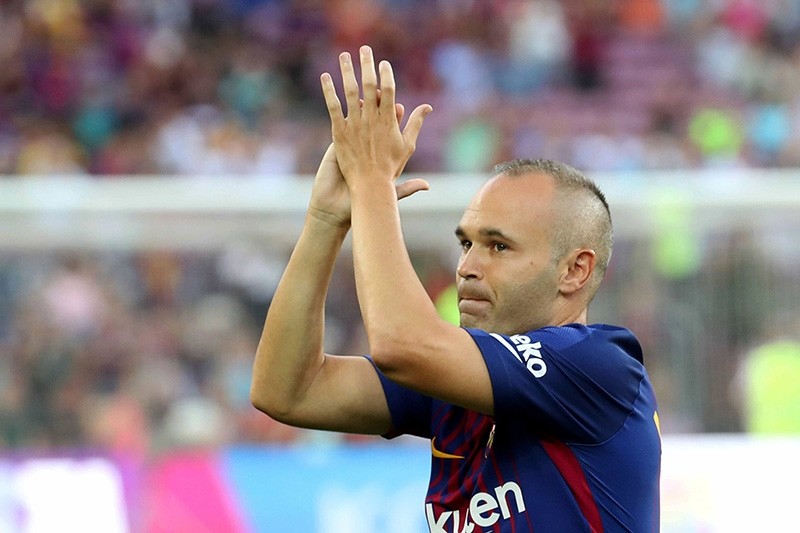 Barcelona captain Andres Iniesta called for dialogue between the Spanish government and Catalonia on Thursday, as tensions rise over the region's attempt to secure independence.

The Spanish midfielder spoke out after a disputed referendum in Catalonia on Sunday which had been declared illegal by Spain.

According to the Catalan government 90 per cent of voters chose independence and a special parliamentary session on Monday was planned to discuss secession, although Spain has banned it.

"I've never commented publicly on situations as complex as these with such diverse feelings, but the situation in which we are living is exceptional," said Iniesta on his social media accounts.

"There is one thing I know, before we do ourselves more damage: dialogue, the people in charge of everything should (open a) dialogue."

"Do it for all of us. We deserve to live in peace."

Spain host Albania in a World Cup 2018 qualifier on Friday as they bid to seal a place in Russia, but Iniesta is injured and not with the squad.