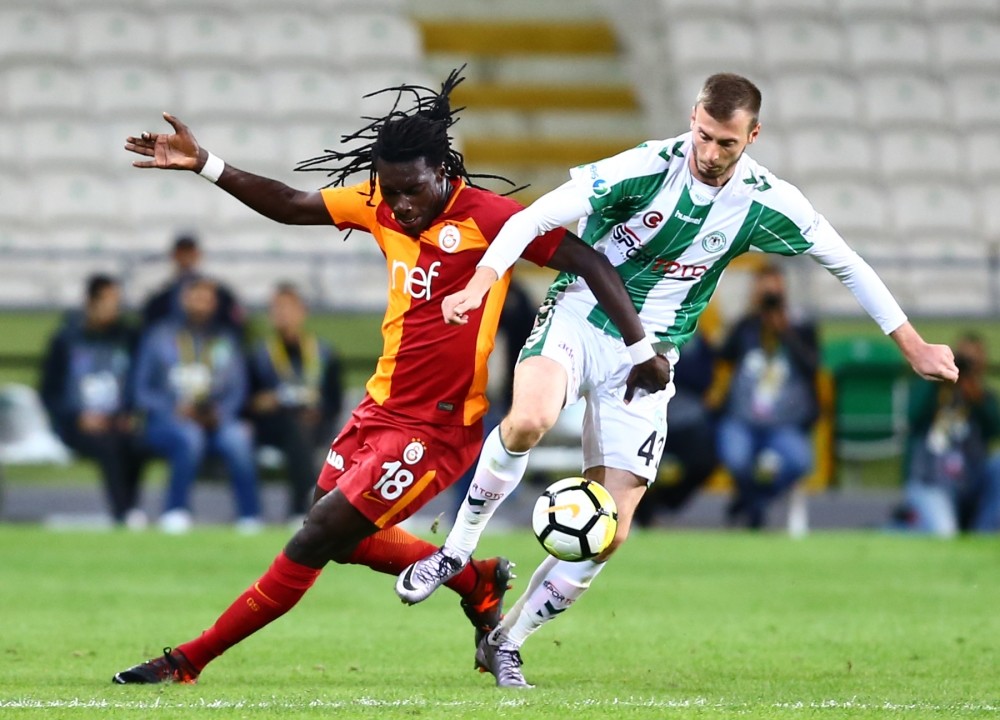 Galatasaray clenched first place in Turkish Spor Toto Super League after winning 2-0 against Atiker Konyaspor on Saturday in an away match. The Lions raised their points total to 22 in the eighth week with no losses and just one draw. Galatasaray also extended their lead to six points with their closest rivals Göztepe, Teleset Mobilya Akhisarspor and Medipol Başakşehir, all with 16 points.

The other Istanbul powerhouses Fenerbahçe and Beşiktaş are well behind their archrivals Galatasaray early in the title race. Last year's champions, Beşiktaş, continued their poor run and lost 2-1 against Gençlerbirliği on Friday, staying in sixth place with 14 points. Fifth-place Fenerbahçe, meanwhile, won against Evkur Yeni Malatyaspor 3-1 on Sunday and raised their points to 14, surpassing Beşiktaş on goal difference. Newly promoted Göztepe is drawing attention with their incredible performance.

The İzmir team managed to win against Antalyaspor 3-1 in an away match on Saturday and sits in second. But the biggest surprise of the week took place in a match between the Black Sea team Trabzonspor and Teleset Mobilya Akhisarspor. Trabzonspor, who started the season with aims of a championship, got thrashed by their hosts 6-1 on Sunday. Coach Ersun Yanal parted ways with Trabzonspor, yesterday.

In the other matches of week eight, Kardemir Karabükspor beat Kayserispor 1-0, Medipol Başakşehir cruised past Aytemiz Alanyaspor 2-1 and Kasımpaşa lost against hosts Demir Grup Sivasspor 3-1. Next week, Turkish football fans are set to watch the intercontinental derby between Galatasaray and Fenerbahçe. The Yellow Canaries must absolutely win against the Lions to close the eight point difference their rivals are enjoying at the moment.