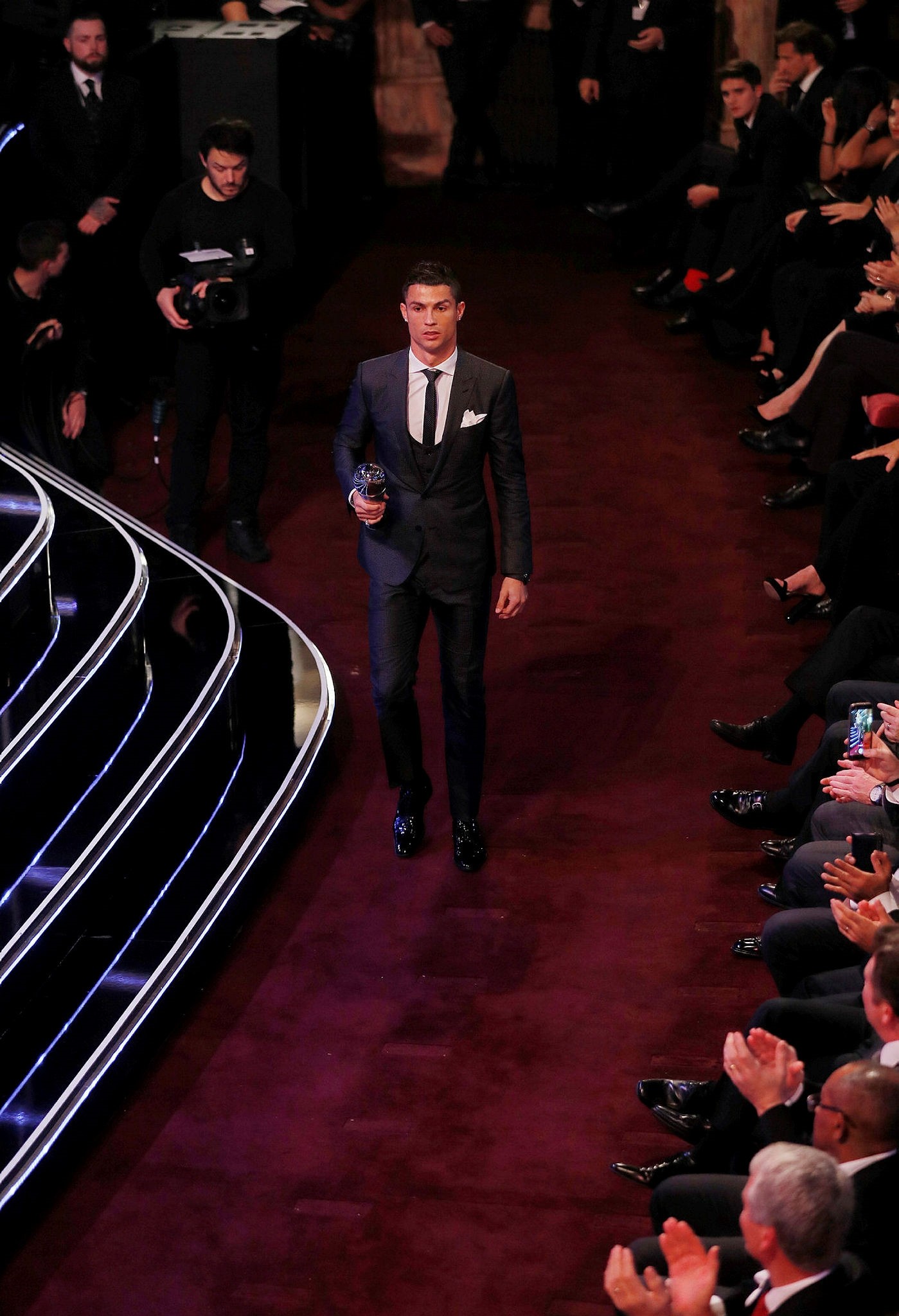 Real Madridu2019s Cristiano Ronaldo after being selected in the FIFA FIFPro World 11 during the awards (Reuters Photo)
by Compiled from Wire Services Oct 23, 2017 12:00 am

The Real Madrid forward was crowned player of the year on Monday at the FIFA Best ceremony at the London Palladium theater attended by runner-ups Messi and third-placed Neymar.

A second successive honor for the 32-year-old Ronaldo was expected after a season in which the Portuguese eclipsed his award counterparts in the medal stakes.

Ronaldo helped Real to a second consecutive Champions League title after the final against Juventus and finished as the tournament's top scorer with 12 goals last season. He has now won the award three times, one more than Messi.

FIFA has shifted its award ceremony from its usual January slot to October so players are judged across a season — based on the typical European schedule — rather than the calendar year.