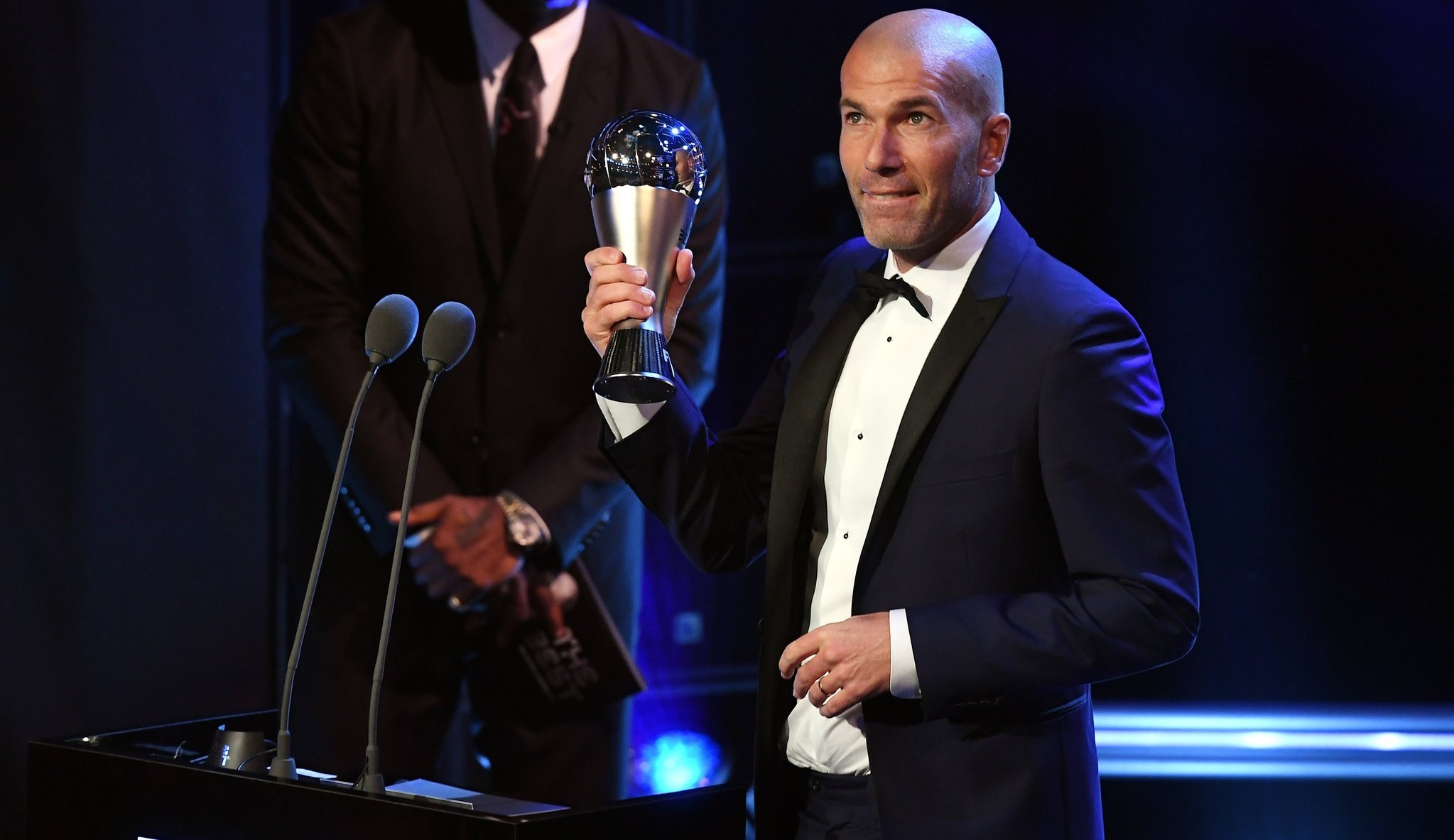 Real Madrid boss Zinedine Zidane was named the 2017 Best FIFA Men's Coach of the Year at a ceremony at the London Palladium theater on Monday after Real Madrid became the first team to defend its Champions League title.

Zidane said: "I would like to thank all the players who made this possible."

Also in the running were Antonio Conte, who won the English Premier League in his first season at Chelsea, and Juventus successor Massimiliano Allegri, who has won three consecutive league and cup doubles in Italy.

Former France star Zidane was the first coach to oversee a successful defense of the European Cup in the Champions League era.