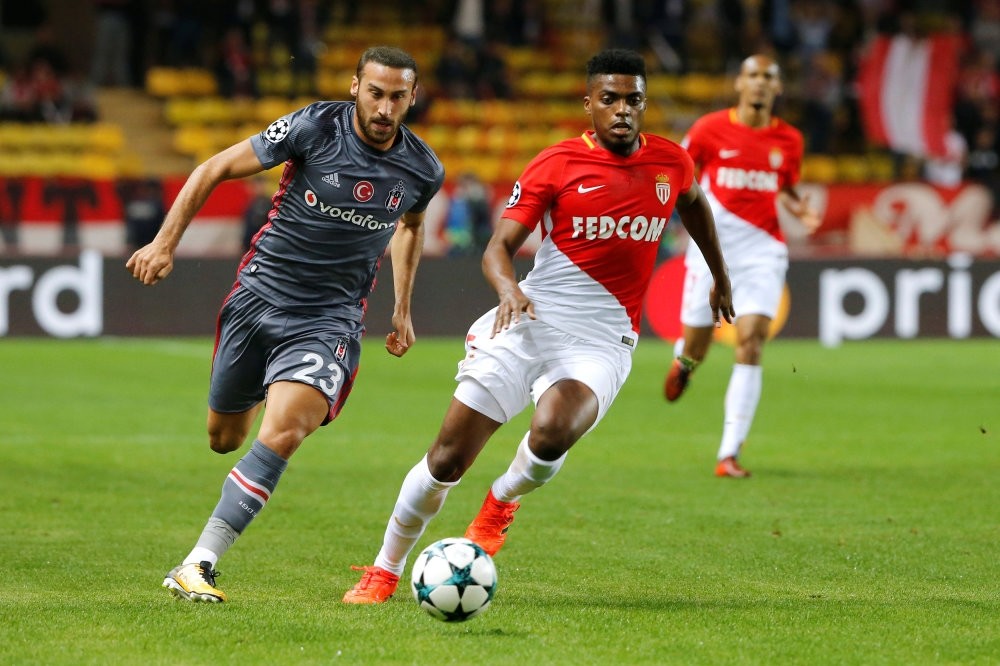 Beşiktaş hosts Monaco at Vodafone Stadium today in the Champions League Group G match, and a victory for the Black Eagles would secure them a ticket to the final 16 for the first time in 31 years

Beşiktaş is within sight of a place in the UEFA Champions League knockout rounds for the first time in 31 years, leaving Monaco struggling to keep pace in the race for a top-two finish in Group G. After three wins from its first three games, a win coupled with a draw between Porto and RB Leipzig would also confirm the top spot for the Istanbul outfit.

A draw could also take them through if RB Leipzig beat FC Porto. Monaco reached the semifinals last season but sits bottom of the group without a win and defeat would leave them on the brink of bowing out of the competition. Leonardo Jardim's principality outfit may also have to make do without unfit captain and star striker Radamel Falcao in Turkey. Beşiktaş won the reverse fixture 2-1 and has never lost at home to a French team in Europe. The club is now five points clear at the top of the table after winning at Porto on the opening night 3-1 and then overcoming Leipzig 2-0 in Istanbul prior to the match day three success at the Stade Louis II. Monaco has a single point to its name and has lost the last two, beaten 3-0 at home by Porto on match day two having opened with a 1-1 draw at Leipzig.

Elsewhere, England's bid to become the first nation with five teams in the knockout stage of the Champions League continues with four Premier League sides possibly qualifying in matchday four. Manchester City and Manchester United are both perfect going into midweek games against Napoli and Benfica respectively, while Tottenham, Liverpool, and Chelsea are all unbeaten.Spurs host holders Real Madrid at Wembley today with a win for either side guaranteeing qualification from Group H. They drew 1-1 in Spain but Spurs may be without top scorer Harry Kane, who's nursing a hamstring injury.

The other game appears to be a duel for the Europa Leagues spot as struggling Borussia Dortmund hosts Apoel Nicosia with both on one point. Meanwhile, Manchester City will progress from Group E if they avoid defeat in Italy today. It has won 13 straight matches in all competitions, including a 2-1 win over Napoli last time. Napoli, on the other hand, is placed third with three points less than Shakhtar Donetsk. It is in desperate need of a win given the Ukrainians host bottom team Feyenoord. A win or draw plus a favorable result in the other Group A match, Basel v CSKA Moscow, can send Manchester United through 24 hours earlier.

Group C leaders Chelsea can progress with an away win at Roma after the sides drew 3-3 in London two weeks ago while Atletico Madrid is urgently in need of a victory at home to Qarabag. Liverpool will look to duplicate its record 7-0 away thrashing of Maribor when they welcome the Slovenian side to Anfield. The Reds and Spartak Moscow are joint top of tightly bunched Group E with Sevilla one point behind as they host the Russians seeking revenge for a 5-1 humbling.

Group D leader Barcelona has problems for its trip to Greece to play Olympiacos. Gerard Pique is out through suspension so Samuel Umtiti needs a new partner but Javier Mascherano has been struggling with a fever of late. In the other game, Sporting Lisbon and Juventus battle in Portugal, with the Italian champion sitting second and seeking a win that would qualify them if Barca doesn't lose in Greece.

In Group B, leader Paris-Saint Germain hosts bottom club Anderlecht and Bayern Munich travels to third-placed Celtic, with both well-placed to qualify.