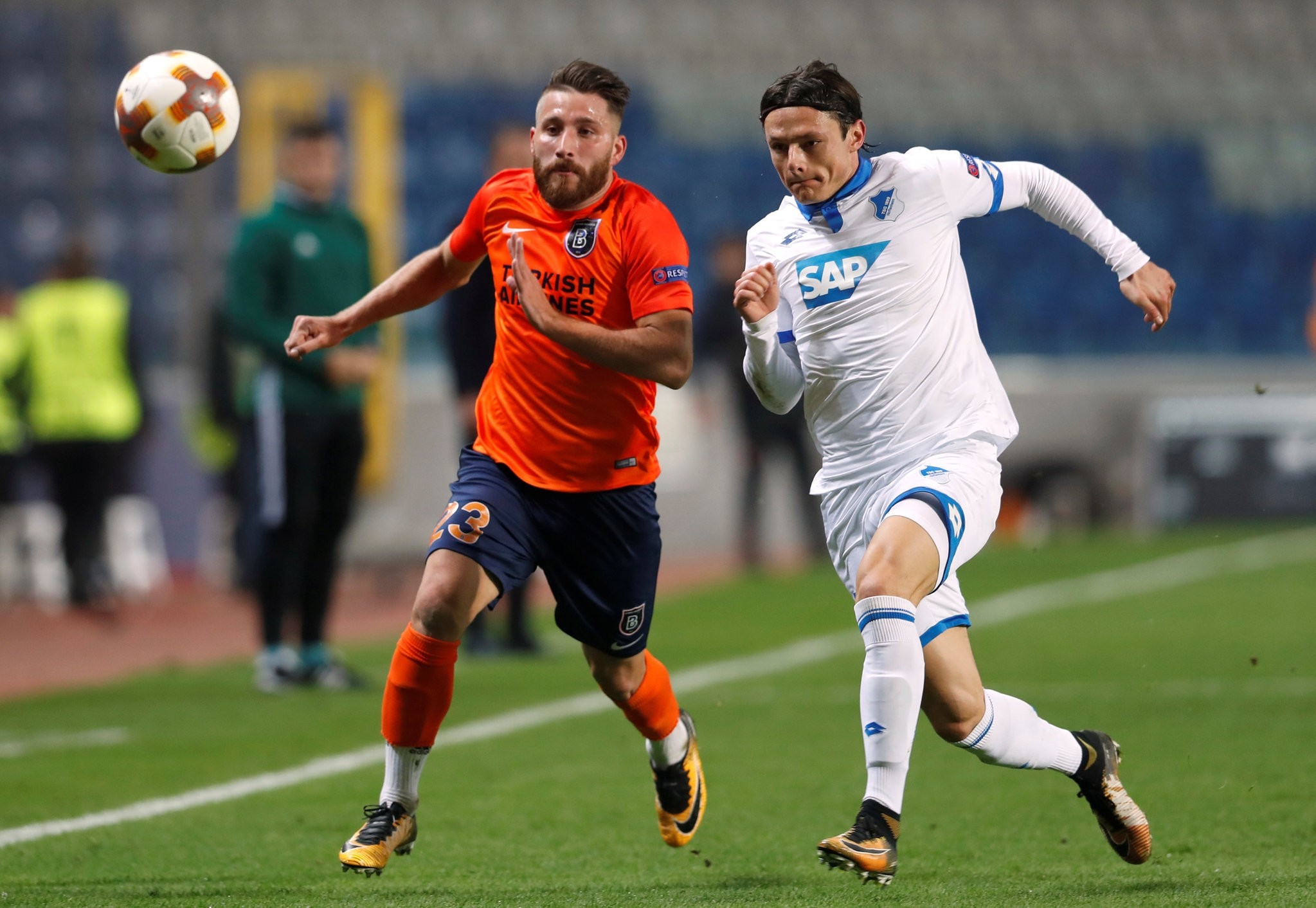 The German team and its Europa League rival Başakşehir share a similar story of their meteoric rise in football and once considered a village club, Hoffenheim's rapid ascent from the fifth tier to the top flight was completed in just eight years

Many Turkish football fans came to know about the German Bundesliga outfit Hoffenheim as it took on Medipol Başakşehir in this year's UEFA Europa League. Interestingly, however, Hoffenheim and Başakşehir share a similar story of their meteoric rise in local and continental football. Hoffenheim is a village of 3,272 people that is part of the municipality of Sinsheim in southwestern Germany. Though the club has a long history in amateur leagues, it only got promoted to the Bundesliga in 2008.

For many Hoffenheim fans, even the prospect of playing in the same league with Bayern Munich and other Bundesliga heavyweights was more than exciting.

But, things got more interesting when the "village team" won six of its nine opening Bundesliga games and clinched the top spot mid-season with its very modest squad. The football world sat up and took notice while others in Bundesliga thought, "How on earth is a village team doing this?"

But, like every success story, this one also had a secret. In Hoffenheim's case, it was the support of German billionaire Dietmar Hopp, a co-founder of the software giant, SAP.

The 77-year-old billionaire also featured in the team when it was little more than a village side.

After transferring 70 percent of his wealth (about 4 billion euros) to a charitable foundation, Dietmar-Hopp-Stiftung, Hopp has supported sports, medicine, education and other social programs.

He has been Hoffenheim's chief financial backer since 2000 and has spent more than 100 million euros to build the club's 30,000 capacity stadium, the Rhein-Neckar-Arena.

With Hopp and the locals firmly behind the team, Hoffenheim staged a meteoric rise as it reached Bundesliga from amateur leagues in just eight years.

He is firmly against Hoffenheim's "village team" title. "We are not actually a village team. We are a club in Rhein-Neckar region where 2,400,000 people live. We are comparable to a big city team."

Hopp has also invested heavily in the club's youth system.

"I contributed financially but coach Ralf Rangnick and his team did a great job."

"We have a long-term strategy. That's why we built a 30,000 seat stadium. Thanks to these investments, the club will be able to finance itself independently of sponsors," he said.

Since its promotion, Hoffenheim has attracted a growing number of fans from the region with their enthusiastic, attacking game.

The club's ongoing success has also changed the fortune of the village as it experienced a deluge of visitors.

The club's fairytale journey, which has recently been recorded in the book "The Miracle of Hoffenheim," will mean more and more football fans from all over Europe will be rooting for the club.