Beşiktaş advances to round of 16 in Champions League 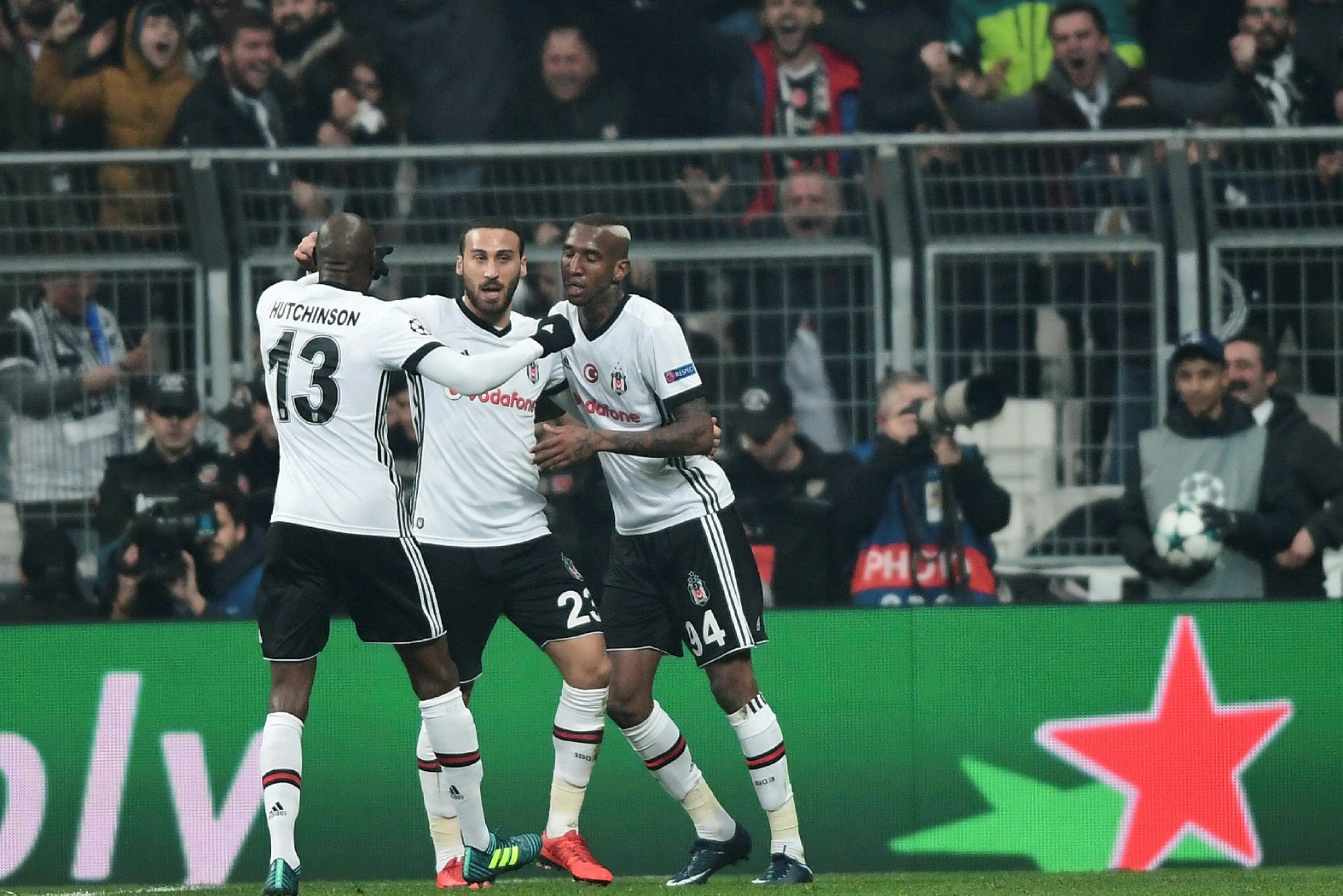 Beu015fiktau015f' midfielder Talisca (R) celebrates with teammates after scoring a goal during the UEFA Champions League Group G football match between Besiktas JK and FC Porto on November 21, 2017 at the Vodafone Park in Istanbul. (AFP Photo)
by Daily Sabah with AP Nov 21, 2017 12:00 am

Istanbul heavyweight Beşiktaş advanced to the round of 16 in the UEFA Champions League late Tuesday after drawing with Portugal's Porto in Vodafone Park stadium.

With the draw, Beşiktaş increased its points to 11, four points more than Porto with one round of group games remaining, and secured the first spot in Group G.

The first goal came from Porto's Felipe who put his team ahead in the 29th minute.

Later on, Beşiktaş's superstar Cenk Tosun took the stage, sending the ball into the nets and equalizing the score in the 41th minute.

Beşiktaş won 3-1 in the reverse fixture in Portugal on Sept. 13.

As the group leader, the Black Eagles will play against the next club that advances to the last 16, ranking second in the group.