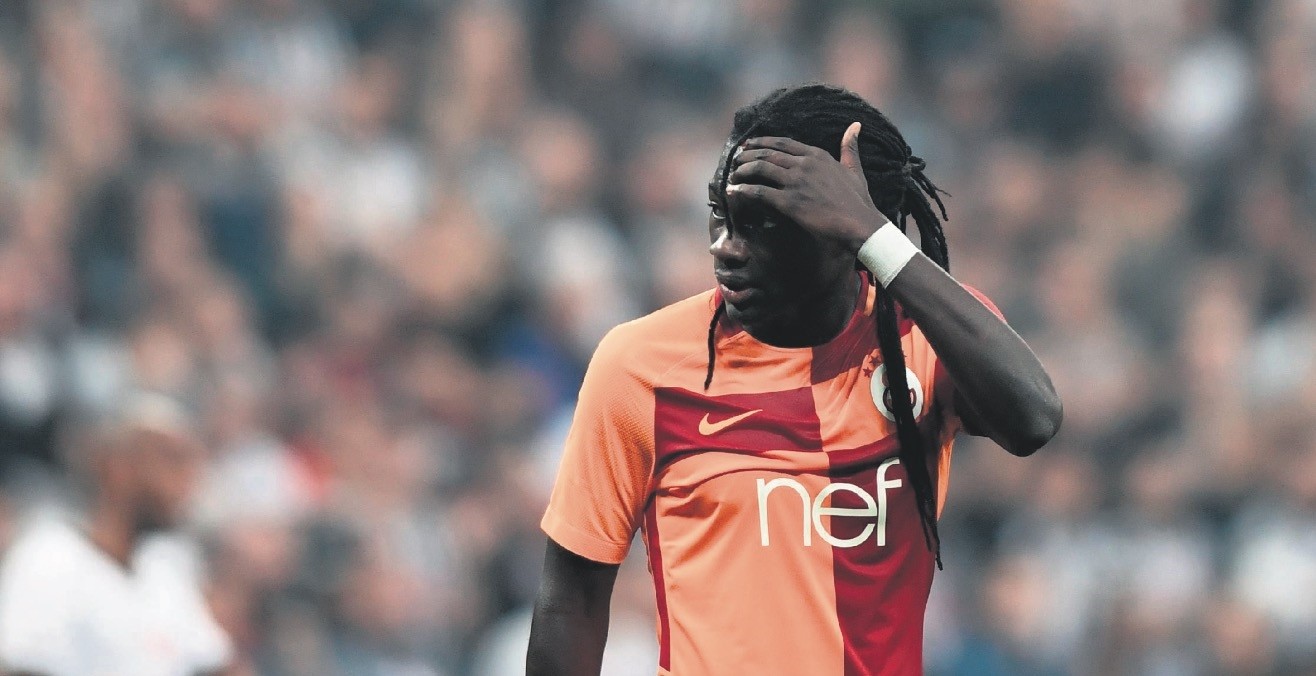 Galatasarayu2019s Bafetimbi Gomis reacts during the match between Beu015fiktau015f and Galatasaray.
by Daily Sabah with AA Dec 04, 2017 12:00 am

It looks like Galatasaray, the Super League's most title winning team, have to wait until next year to break their long-standing derby jinx - a 15-match winless streak against powerhouses Fenerbahçe, Beşiktaş, Başakşehir and Trabzonspor.

The Lions were defeated by archrivals Beşiktaş 3-0 in the much anticipated derby match at Istanbul's Vodafone Park on Saturday evening, adding a new ring to its chain of failures.

After a goalless first half, the Black Eagles took care of business with Cenk Tosun, Dusko Tosic and Alvaro Negredo all getting their names on the scorer's sheet.

The home team missed a clear opportunity at the beginning of the match, but lethal striker Tosun benefited from Galatasaray goalie Fernando Muslera's mistake to find the net in the 46th minute.

In the 70th minute, Ryan Babel's shot was deflected by Galatasaray's defense; however the ball landed in front of Tosic, who calmly finished the one-on-one situation against Muslera.

Spanish striker Negredo said the final word in the 90th minute, when he managed to get past two Galatasaray defenders and dribbled past Muslera to score an easy goal for the home side.

With the loss, Galatasaray's winless streak against its main rivals, Fenerbahçe and Beşiktaş, is now extended to 10 consecutive matches.

Meanwhile, in its last 15 matches against Fenerbahçe, Beşiktaş, Başakşehir and Trabzonspor, it has managed only four draws with no wins. On the other hand, Beşiktaş snapped a two-match winless streak after back to back 0-0 draws against Akhisarspor and Yeni Malatyaspor. With the loss, Galatasaray are left with 29 points while Beşiktaş are within striking distance with 26 points.