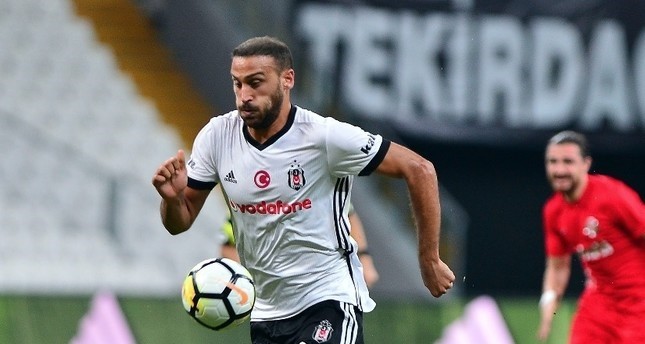 Third in Group G, Leipzig is level with Porto with seven points, and in order to reach the last 16 in the Champions League, the Germans must snatch second place in the group by picking up more points against Beşiktaş than Porto does against Monaco today

As the Champions League group stages reach a conclusion today, Beşiktaş, who has already secured a place in the last 16, will be hosted by German debutant Leipzig today. The German club, beaten 2-0 in Istanbul on matchday two, have seven points, level with FC Porto and four behind Beşiktaş. With Porto facing eliminated AS Monaco FC on matchday six, Leipzig must pick up more points than the Portuguese outfit to finish second. Beşiktaş will finish as the group winner. This is the first time it has reached the UEFA Champions League knockout rounds. The club's best European Cup campaign came in 1986/87 when it got to the quarter-finals before losing 7-0 on aggregate to FC Dynamo Kyiv. The Turkish outfit has won both away games so far in this season's competition, running out 3-1 winners at Porto on matchday one and 2-1 in Monaco. The Black Eagles, however, has never won in Germany (D1 L3), scoring twice on their four visits while conceding six. Their most recent trip brought a 0-0 draw at VfL Wolfsburg in the 2009/10 group stage.

Victory at Monaco was Beşiktaş's fifth in their last 11 European away matches (D3 L3). In 2016/17, Beşiktaş came third in their group and moved into the UEFA Europa League, where they advanced as far as the quarter-finals before losing on penalties to Olympique Lyonnais.

The Istanbul club collected four points on its travels in last year's group stage, the highlight a 3-2 triumph at Napoli. On the other hand, this is the German side's first home game against Turkish opponents and sixth European fixture overall. At home, Leipzig's group record is W1 D1. It opened with a 1-1 draw against Monaco before beating Porto 3-2. Leipzig qualified for a first foray into European competition by finishing second in the 2016/17 Bundesliga, in what, remarkably, was their first season in the German top flight. Leipzig is the 12th club to represent Germany in the UEFA Champions League group stages.

On matchday one, the German side became the first team from any country to make their European debut in the UEFA Champions League group stage. Leipzig's Marcel Halstenberg and Willi Orban are both a booking away from a ban. Leipzig had won three and drawn one of its last four matches prior to Saturday's 4-0 loss at TSG 1899 Hoffenheim. That was the club's heaviest defeat since May 2015. Beşiktaş's Tolgay Arslan and Caner Erkin are also a booking away from a ban. The Black Eagles are 22 matches unbeaten at home in all competitions (W15 D7), drawing four of the last six. Beşiktaş is unbeaten in 34 home matches in the Turkish Super League, a run stretching back to November 2015. Prior to Saturday's 3-0 defeat of Galatasaray, their biggest win in the fixture since 1988, Beşiktaş had failed to score in their last two Super League matches, the first time this had happened since May 2015. Beşiktaş has only won three of its last nine Super League matches.