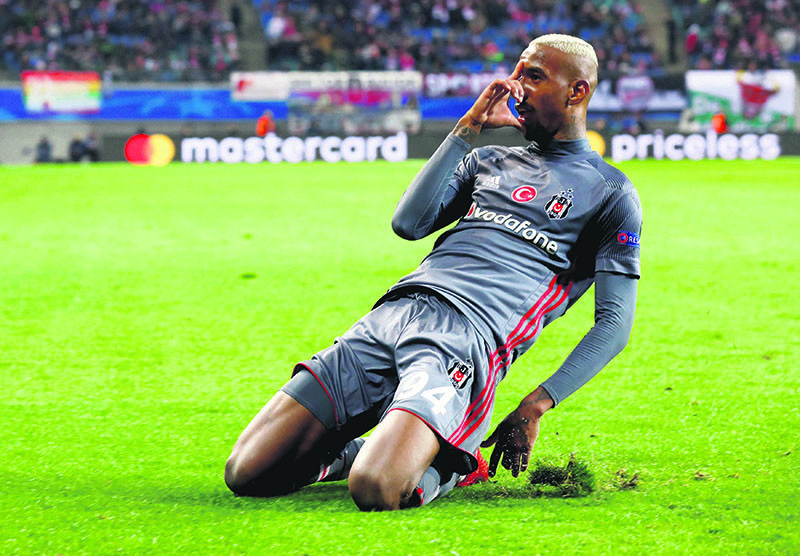 After handing Galatasaray a 3-0 thrashing last week, Beşiktaş are looking to extend its winning run in the Super League on Sunday as it faces Kayserispor. The Istanbul club, which will travel to Kayserispor's home in central Turkey over the weekend, has been in form lately, picking up yet another win in the Champions League to become the first Turkish team to qualify for the round of 16 undefeated. Meanwhile, last week's derby win sent thousands of Beşiktaş fans celebrating out in the streets. It also placed the Black Eagles fourth in the league with 26 points, just three points shy of second-placed Galatasaray. A win against Kayseri will give Beşiktaş an opportunity to climb the latter to second place, significantly boosting its title bid. Meanwhile, table toppers Başakşehir will hit the road on the same day to face Demir Grup Sivasspor. Although Başakşehir leads the Super League with 30 points, it was eliminated from the UEFA Europa League Thursday, despite a 2-1 win against Braga at Istanbul's Fatih Terim Stadium. In order to advance in the competition, Başakşehir needed a bit of luck - Ludogorets had to lose against Hoffenheim in Germany but the match ended in a 1-1 draw.

Meanwhile, the 32 clubs have now been confirmed for the UEFA Europa League knockout stages. The draw will be held in Nyon, Switzerland Monday with the qualified teams divided into two draw pots.

The 12 group winners and the four best third-ranked teams in the UEFA Champions League group stage will be seeded to be drawn against the 12 group runners-up and the remaining third-placed UEFA Champions League sides. The matches will be played on Feb. 15 and Feb. 22, with the exact schedule released after the draw. The seeded teams will be at home in the second leg.