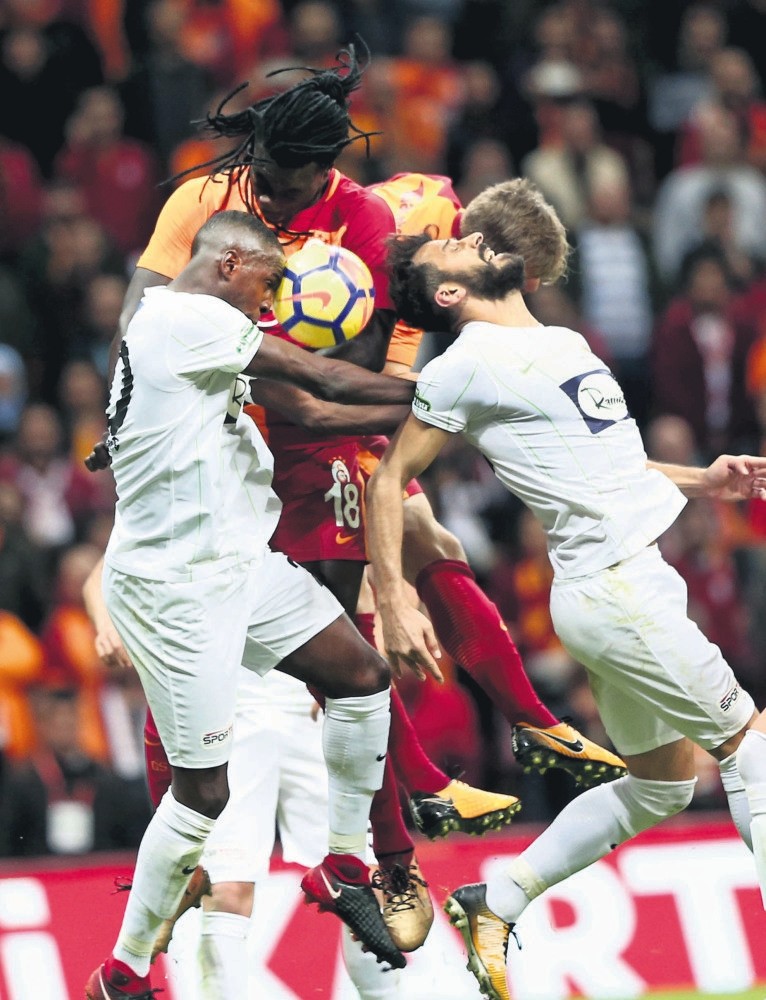 Galatasaray has reclaimed the top spot in the Super League after its crosstown rival Medipol Başakşehir suffered a shock defeat on Sunday at the hands of Sivasspor. Earlier Saturday, the Lions had bounced back from a 3-0 Beşiktaş thrashing a week earlier, and beat Akhisarspor 4-2 to keep them near the top of the standings.

Başakşehir traveled to central Turkey's Sivas, where it was received by a resilient host. Sivas found the all-important goal in the 17th minute through Arouna Kone, and managed to hold on to the lead for the rest of the match.

The defeat saw Başakşehir lose the first place to Galatasaray, who now has 32 points. Başakşehir, on the other hand, was left with 30 points while Sivasspor, in ninth place, increased their points total to 22.

Meanwhile, Beşiktaş, who has made headlines with its Champions League performance this season, failed yet again to produce a similar show in the Super League.

The defending champions were held to a 1-1 draw by league's tough nut Kayserispor on Sunday evening.

Kayserispor, playing at home in Kadir Has Stadium, started the match searching for goals. The Black Eagles missed a clear chance in the 16th minute when midfielder Oğuzhan Özyakup was unmarked inside the penalty box but could not convert a pass from Ricardo Quaresma.

The home team then found the lead in the 31st minute with striker Umut Bulut calmly guiding a cross into the net.

In the 45th minute, Beşiktaş was awarded a penalty, after striker Cenk Tosun was brought down inside the box by Umut Bulut. Tosun made no mistake to score from the free kick, making it 1-1.

In the second half, Beşiktaş was reduced to 10-men after defender Adriano was booked for a second time in the 49th minute. Kayserispor managed to keep Beşiktaş at bay for the rest of the match.

With the draw, Beşiktaş has dropped two more points and is now fourth with 27 points, five points adrift of leader Galatasaray. Meanwhile with 27 points, Kayserispor is currently fifth in the league.