For Beşiktaş, the only way is forward 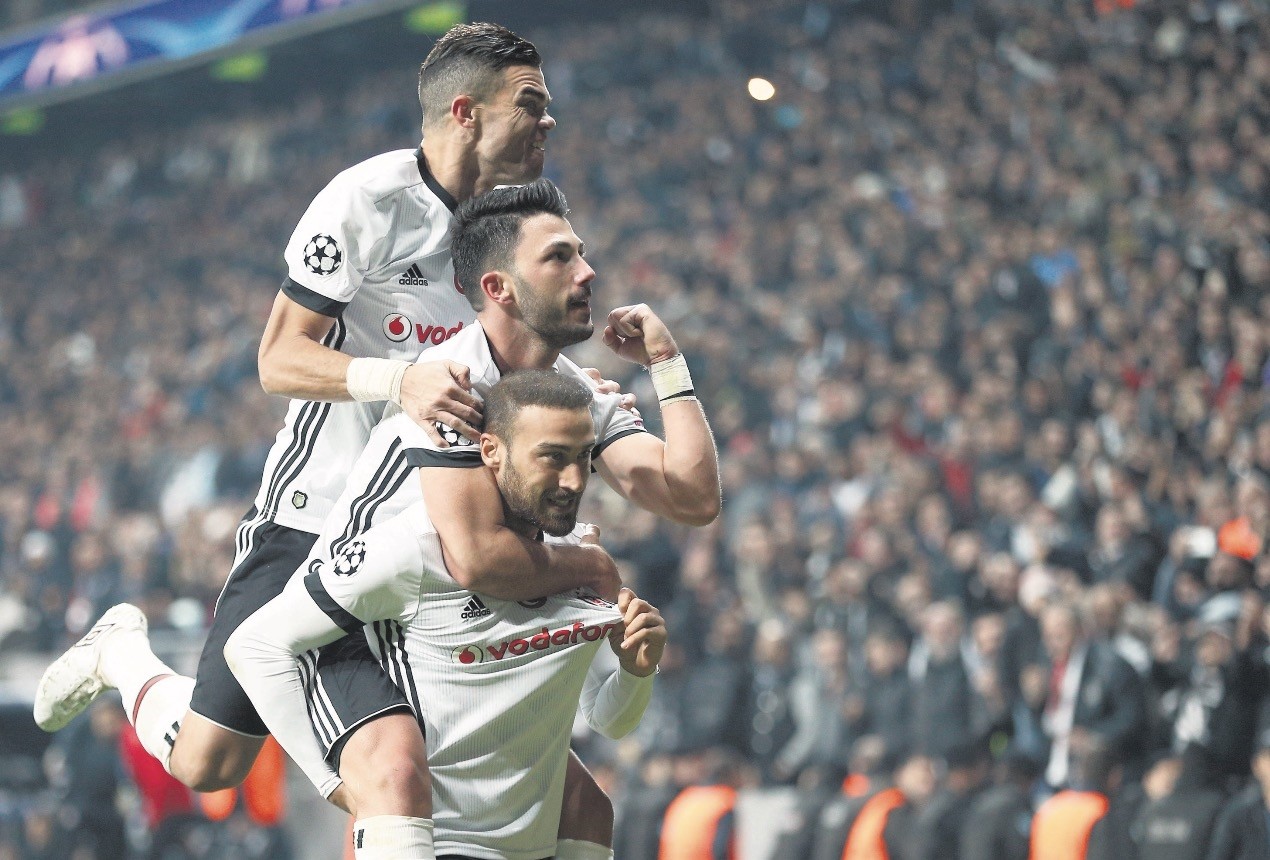 Because it cannot just ambush teams like Bayern Munich with sneaky counter-attacking strategies, Beşiktaş must seek more dominance if they want to move further along in the Champions League

Let's be honest, Bayern Munich was one of the toughest possible draws for Beşiktaş, and the Istanbul club would have been much happier if it was pitted against the relatively weaker sides, Basel, Shakhtar Donetsk, and Sevilla, in the mix.

But, one thing is for certain now, Beşiktaş must seek more dominance if they want to move further in the Champions League. You cannot simply ambush teams like Bayern Munich with sneaky counter-attacking strategies. The only way you can put big teams like Bayern on the back foot is through a well-planned strategy. The only way Beşiktaş can beat and eventually eliminate Bayern Munich is if they can force the Bavarians to defend, where they are weakest.

First of all, Beşiktaş coach Şenol Güneş has roughly two months to prepare his team for the face-off which is enough to improve his newly developed strategy. Starting off with the Monaco game, coach Şenol Güneş has used a strategy that is much different than last year's. Just like his first year with the club, Güneş returned to a more dominant, organized attacking strategy rather than the Quaresma-cross-frenzy, the defining character of his team last season.

Now, he has been tinkering with a new game plan where Oğuzhan Özyakup and Tolgay Arslan take a central role, making the team more patient and in control when attacking. In addition, Anderson Talisca's absence reduces the number of reckless crosses inside the rival's penalty area, which had significantly hurt the team's offensive abilities last year.

The Black Eagles have to take their game to a new level to beat Bayern Munich because with their current speed it would be very challenging to deal with the German side.

Beşiktaş has also been struggling against the counter-attacking sides this season while coach Şenol Güneş is yet to find a solution to his club's blunt offense.

Given Bayern's swift counter-attacking play under Jupp Heynckes, it would not be wise to expect them to leave huge spaces for Beşiktaş. Rather, Heynckes' team may leave at least four men behind for possible counter-attacks and execute shock-waves with the rest of the team.

Kingsley Coman and Frank Ribery seem like the only wingers in the team, but actually, whenever Bayern attacks, almost all the offensive elements gather in one wing, in order to draw the attention of the opponent's defense to that wing and then hit them with quick wing-transitions.

On the other hand, this strategy leaves the Bayern defense in a chaotic situation, despite the coach's defensive precautions. With Manuel Neuer long absence, Bayern's defense is not as balanced as before. Although individually made up of great defenders, it currently plays at least 10 meters closer to its own penalty area compared to Neuer's time.

Beşiktaş can utilize this if it can settle between Bayern's midfield and defense, and carry out fierce pressing. Of course, this will have consequences and Beşiktaş will be more vulnerable to Bayern's counter-attacks but if Beşiktaş sits deep and waits for Bayern to leave space for them, chances are they will find no real opportunities.

For Beşiktaş, the only way now is forward. The team has now come to a point where it cannot avoid taking risks, but then again it has nothing to lose.