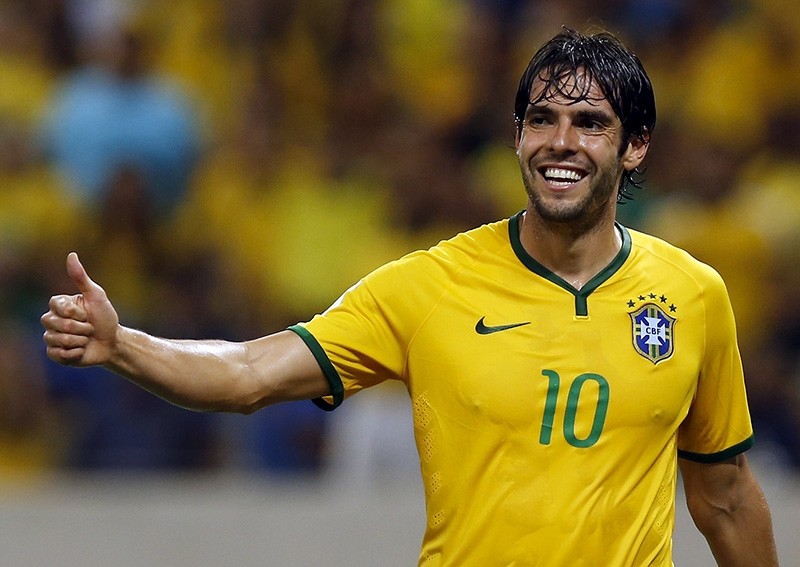 Kaka, who played for Brazil, AC Milan and Real Madrid, told Brazil's Globo TV on Sunday that "my last word is that the cycle of my career as a player ends here."

"I needed time to think and take a decision calmly," Kaka said. "I have arrived to the conclusion that now is the moment to finish my career as a professional player."

A graceful midfielder, Kaka won 92 caps for Brazil, scoring 29 goals and featuring at three World Cups. He was part of the Brazil squad that lifted the global trophy in 2002.

Kaka said that he would like to remain linked professionally to football, perhaps as a manager or sports director of a team.

Kaka was 21 when Milan brought him to Italy from Sao Paulo. The dangerous playmaker won the Ballon d'Or and FIFA's World Player award in 2007. He was part of the Milan team that won the 2007 Champions League final against Liverpool, and scored 95 goals across all competitions for the Rossoneri.

Kaka joined Real Madrid in 2009 for 67 million euros ($78.7 million) but had an up-and-down stint due to a series of injuries. He returned to Milan on a free transfer ahead of the 2013-14 season. A brief spell back with Sao Paulo preceded three MLS campaigns with Orlando, for whom he enjoyed individual success despite limited results for the Florida franchise.

Kaka was a free agent after leaving Orlando in October.

Kaka tweeted Sunday, "I'm now ready for the next journey."