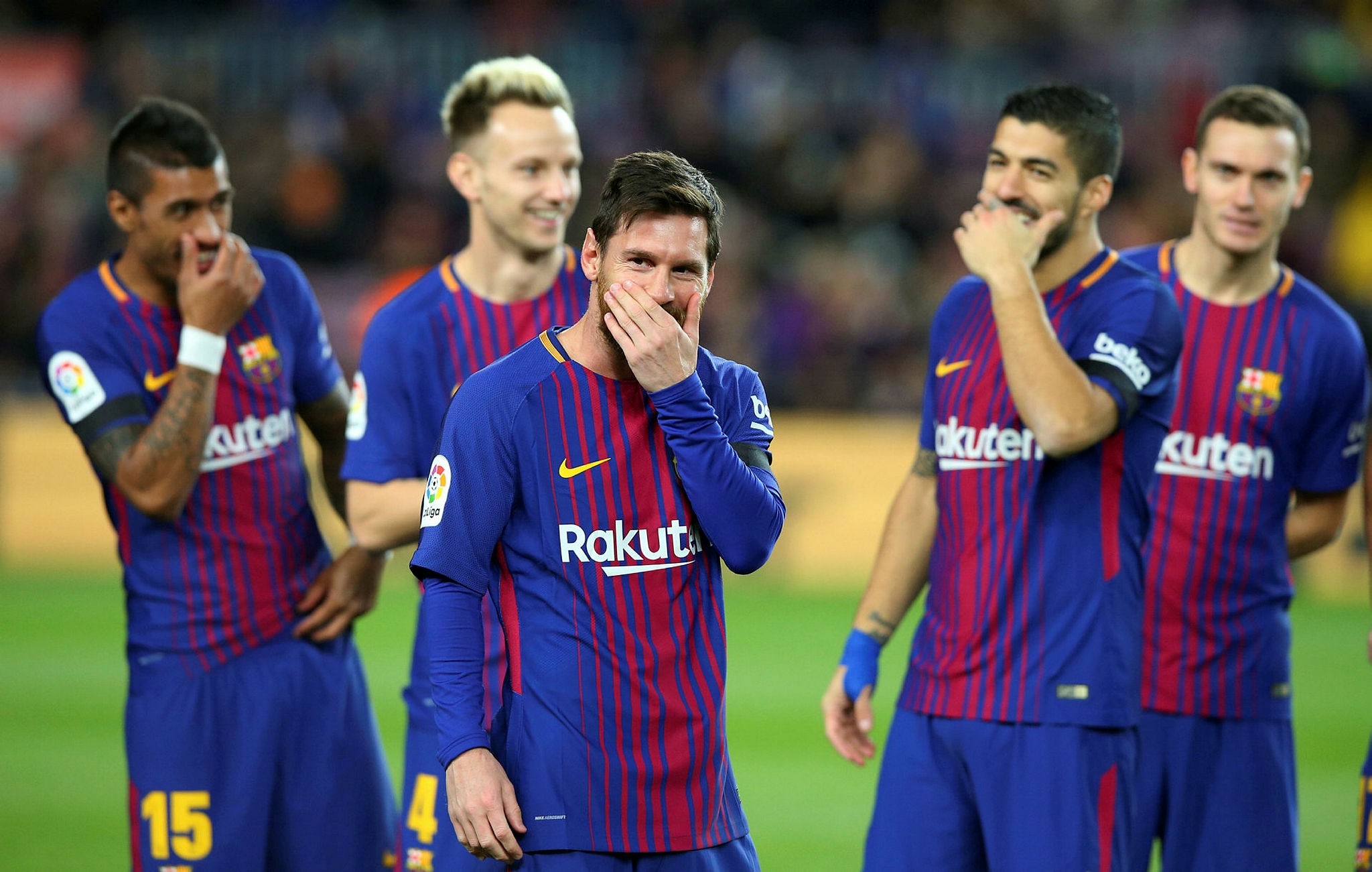 Lionel Messi had a penalty saved as Barcelona eased to a 4-0 win over Deportivo La Coruna to increase its lead at the top of the Spanish league on Sunday.

Messi couldn't beat goalkeeper Ruben Martinez late in the match after the Argentina forward had been frustrated on three separate occasions when he hit the woodwork. Jordi Alba and Luis Suarez also sent shots off the post.

Barcelona didn't need Messi's goals, however, as Suarez and Paulinho both scored twice to help the team capitalize on Valencia's loss at Eibar on Saturday.

Unbeaten Barcelona extended its advantage to six points over Atletico Madrid, which jumped ahead of Valencia by winning on Saturday. Valencia is eight points behind Barcelona.

Real Madrid is 11 points adrift in fourth with a game in hand before Barcelona visits the Santiago Bernabeu next weekend.

Despite his off day, Messi still leads the league with 14 goals in 16 rounds.