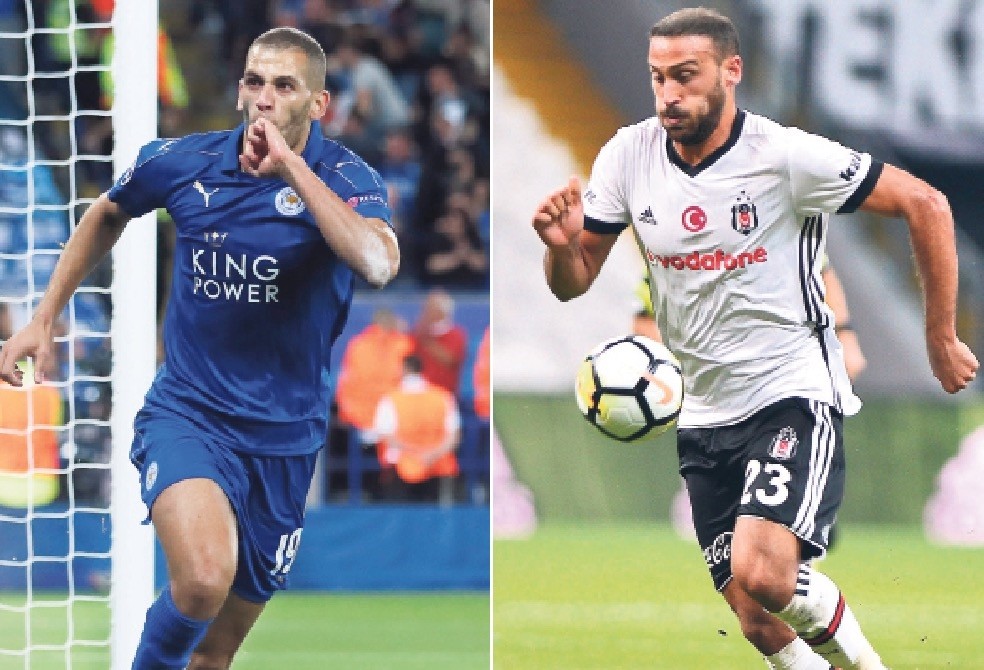 Leicester City striker Islam Slimani has drawn interest from Beşiktaş, according to reports in Turkish media. Everton are apparently close to completing a deal for Beşiktaş striker Cenk Tosun, with the Turkish media believing the transfer will happen soon.

Beşiktaş wants to replace their star player and Slimani is apparently the striker they have identified as a replacement, according to Turkey's NTV Spor. NTV reported that the Turkish side has been in touch with officials at King Power Stadium about a deal. Beşiktaş are expected to get around 25 million euros for Tosun, once the Everton deal is complete, but would prefer a loan deal for Slimani. However, Leicester would want a permanent deal and are unlikely to agree to any loan move. There has also been interest in Slimani from Premier League rivals Watford and Newcastle. City's record-signing was expected to leave in the January transfer window, but has undergone something of a renaissance over the Christmas period. Slimani was a late sub at both Watford and Liverpool and was in the starting line-up for the Huddersfield clash after an injury to Jamie Vardy.

Meanwhile, Cenk Tosun posted a photo of himself from London Sunday. The 26-year-old bid an emotional farewell to Black Eagles' supporters on Thursday evening in his possible final appearance for Beşiktaş. If all goes to plan and they can strike an agreement over a fee with Beşiktaş, he will join the Toffees in January. The 26-year-old has been a goal-scoring sensation for Beşiktaş since his 2014-move from Gaziantepspor, netting 50 goals in three seasons before the start of the current campaign.

The Turkish international, who has notched eight goals in 24 games for his country, has struck home 13 goals in 23 games in all competitions this season, becoming one of the most in-demand forwards in Europe. Tosun could provide a major boost to Everton's striking options. He enjoyed a breakout campaign at the Vodafone Stadium last season, racking up 27 goals in all competitions, including 20 goals and 5 assists in 29 league starts. He has also notched eight goals in 24 appearances for Turkey. The versatile Eintracht Frankfurt youth product can play either as the focal point of his side's attack or on either wing.

He has been linked with moves to a number of Premier League sides over the recent months. Newcastle United, Everton, Tottenham and Crystal Palace have all reportedly informed Beşiktaş of their interest.