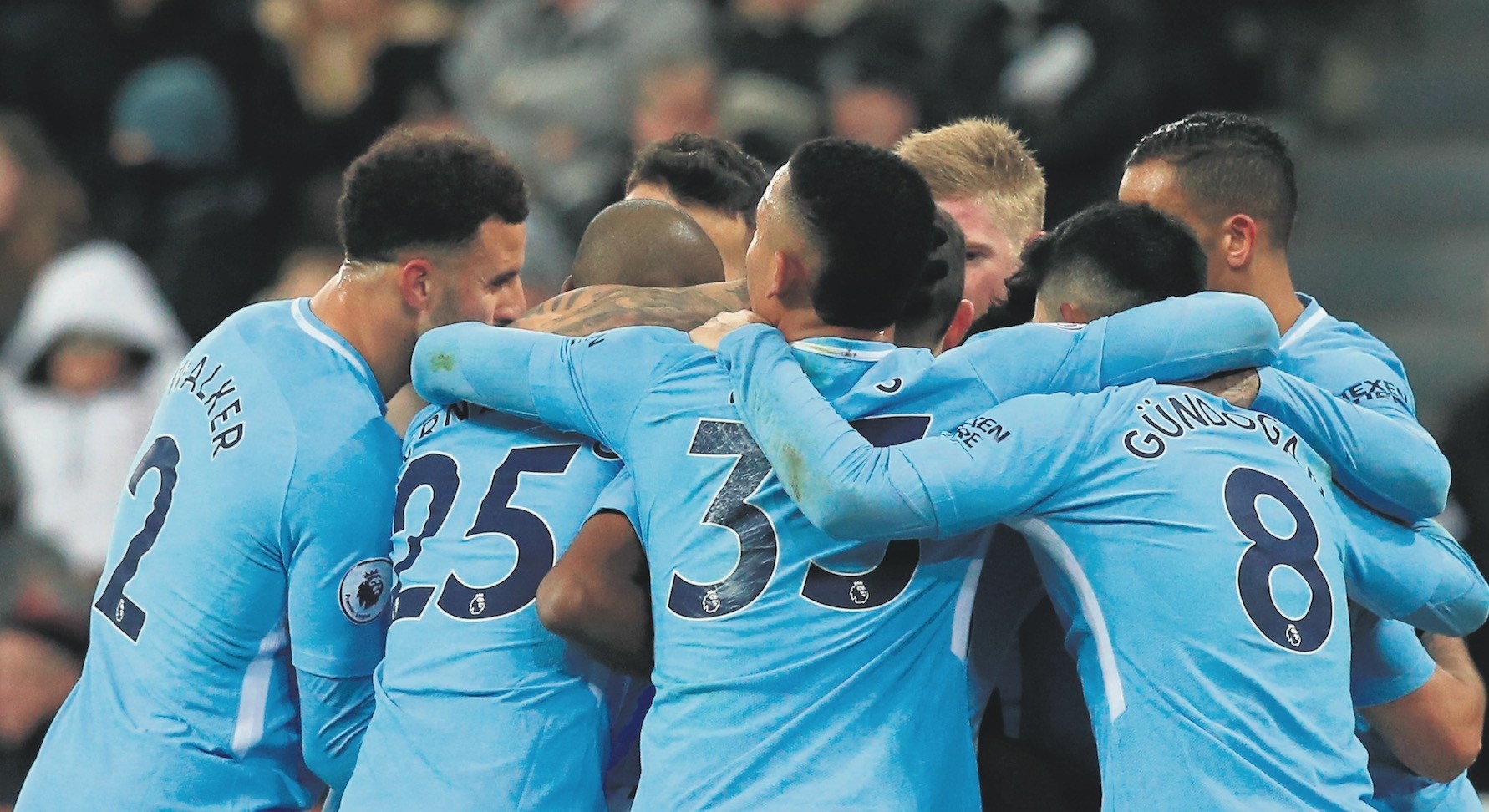 Manchester City, for so long under-achievers in English football, has seen its fortunes transformed since a 2008 takeover.
by Jan 05, 2018 12:00 am

Premier League leaders Manchester City have more financial muscle than any other club in world football, according to a study that sees English clubs dominate the top 10. The Soccerex Football Finance 100, which ranks the world's top teams based on both their playing and fixed assets, money in the bank, owner potential investment and debt, was published on Wednesday.

City, who have dropped just four points in the league this season, lead the way ahead of Arsenal. Tottenham are fifth on the list ahead of seventh-placed Manchester United, with Chelsea in ninth. According to the study, Arsenal have 766 million pound ($1 billion) worth of fixed assets -- following their move from Highbury to the Emirates Stadium -- more than any other club in world football, while only Manchester United have more money in the bank (307 million pound) than Arsenal's 300 million pound. The annual report by event organiser Soccerex suggests that Arsenal have the monetary muscle to "invest significantly" in the transfer market.

City won two Premier League titles in the past decade and Pep Guardiola's team look certain to win it again this year as they are already 15 points clear of nearest challengers Manchester United. Liverpool are 16th on the list, while 2016 Premier League champions Leicester are 20th. French giants PSG, who broke the transfer record to sign Neymar last summer, are third ahead of Chinese side Guangzhou Evergrande. Real Madrid are sixth with their La Liga rivals Barcelona only 13th.