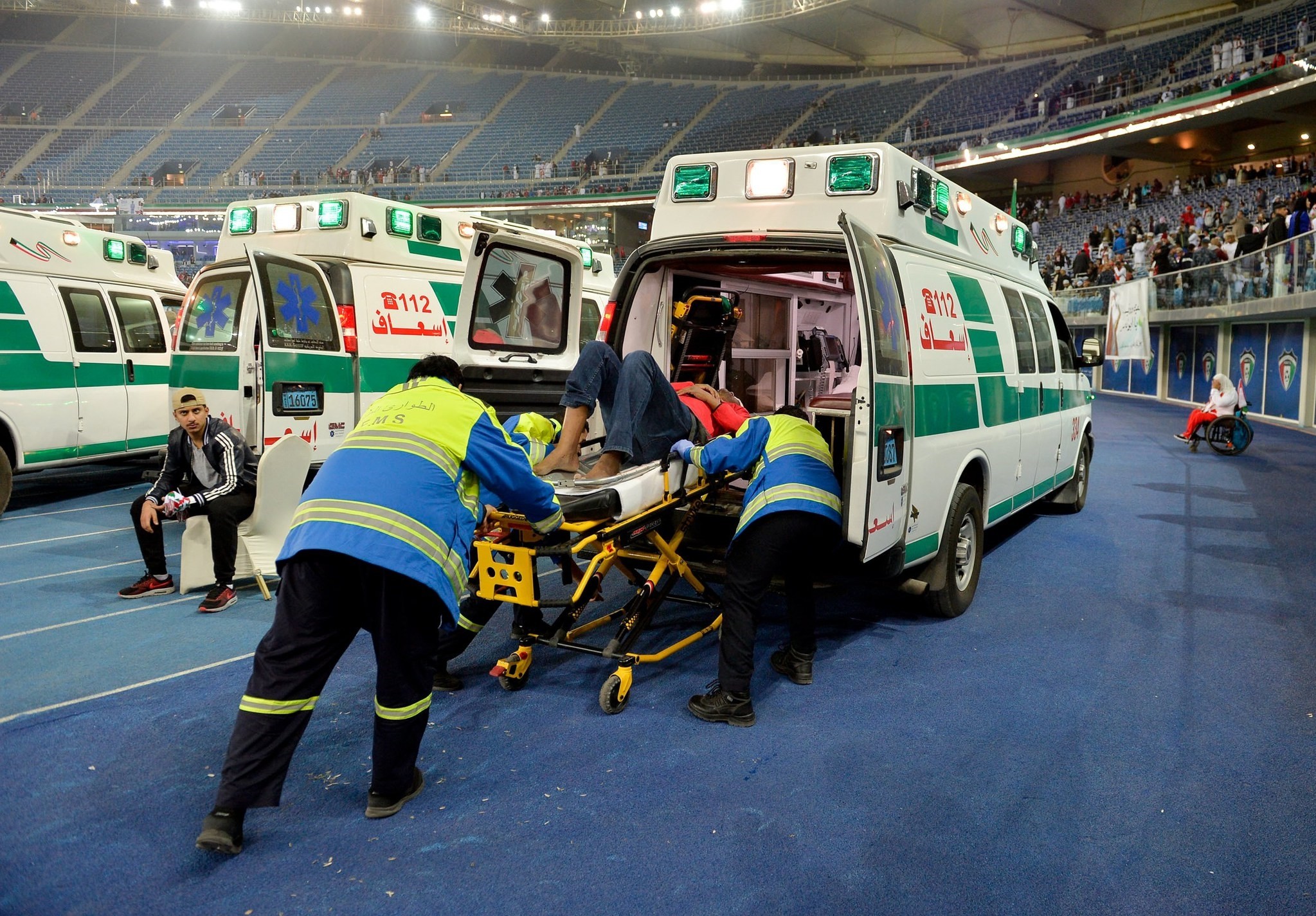 Around 40 people were injured Friday when a barrier collapsed at the Gulf Cup final in Kuwait, shortly after Oman beat the United Arab Emirates on penalties to claim the title.

In a statement posted by the Kuwaiti FA on Twitter, minister of state for youth affairs Khaled al-Roudhan was quoted as saying "around 40 people" had been injured the Sheikh Jaber al-Ahmad Stadium in Kuwait City, hospitalised for "minor injuries" likely after rushing towards the barrier to celebrate with their players.

Sattam al-Sahli, head of communications for the 23rd Gulf Cup, had initially told AFP that 11 had been injured.

Roudhan added that the injured were "all OK" and that the Kuwaiti authorities have launched an investigation into the incident.

An AFP photographer at the scene reported that the barrier collapsed as jubilant fans pushed up against the glass to cheer players waving up at them from below.

The incident marred Oman's second Gulf Cup triumph, which came through spot kicks following a goalless draw with the UAE to claim the title.