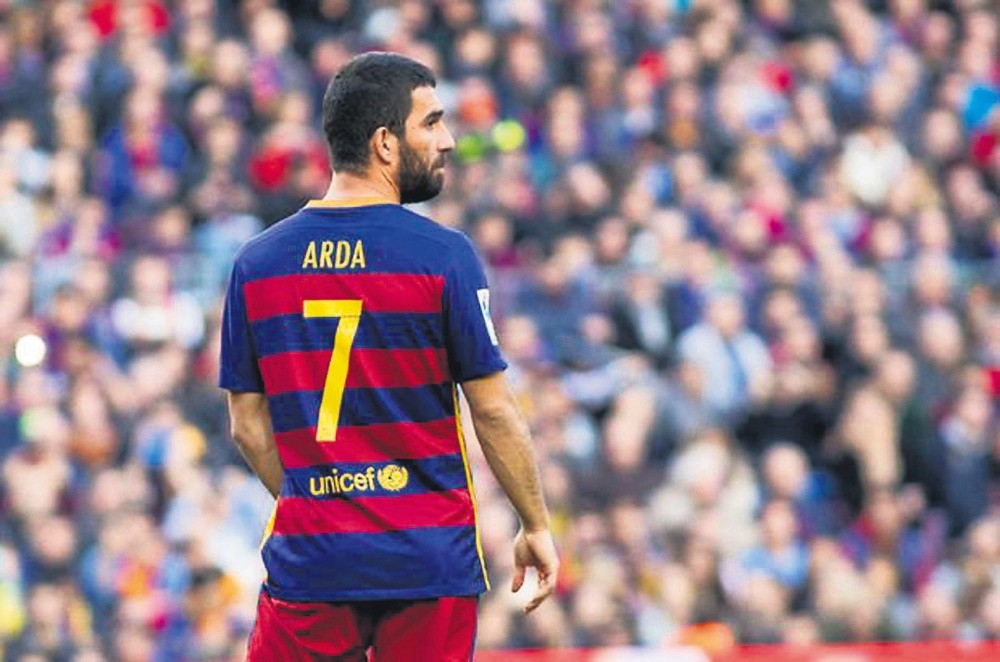 Spanish media says Coutinho will be given the No. 7 jersey for the remainder of the campaign.The number is currently occupied by Arda Turan but the 30-year-old is expected to sign with Başakşehir

With Barcelona ready to give Arda Turan's number seven shirt to Philippe Coutinho, the Turkish footballer's move out of the Catalan club looks likelier than ever. Turan has not played a single minute under coach Ernesto Valverde and has been in the shop window for quite some time now. A number of European clubs, most notably from the Premier League and Turkey are looking to sign up the midfielder.Turkish Super League side Başakşehir looks to be one of the frontrunners who may likely land Turan in the January transfer window. The 30-year-old midfielder is also reportedly interested in the offer and has already spoken with the club directors, and the coach, Abdullah Avcı. Confirming the development, Avcı said: "Even my son is pressuring me to sign Arda. He is a part of our family. We have been together since 2003."

"Now it's up to him to evaluate the offers. But he is always welcome here and we're ready to help him."

Coutinho officially signed with Barcelona yesterday but the club said his debut will be delayed by about three weeks because of a muscle injury. The right leg injury was confirmed during the medical the player underwent in Barcelona before inking the deal.

Coutinho's 160-million-euro ($192 million) deal to join Barcelona is likely to unleash a series of big-money transfers, not least as Liverpool seek to re-invest the proceeds. It took the third largest amount ever paid for a footballer to prise Coutinho away from Liverpool and the rumour mill has already linked the club with Leicester's Algerian winger Riyad Mahrez as a possible replacement for the Brazilian playmaker. Neither club has officially confirmed or denied the deal, despite reports from France saying Mahrez would have a medical soon at Liverpool. The club's number one target, according to many reports, is the French international forward Thomas Lemar, part of the impressive Monaco team that reached the Champions League semi-finals last year but which has since been dismantled.

Arsenal had a 92 million euro bid ($125 million, 104 million euros) for 22-year-old Lemar rejected in the summer transfer window and the player is reportedly keen to work with Liverpool manager Jurgen Klopp. Monaco have already crashed out of the Champions League this season, so Lemar could be open to a move, although coach Leonardo Jardim is reluctant to see one of his remaining star names leave.

Other reports have linked Liverpool with Arsenal's Alexis Sanchez, an increasingly divisive figure at the Emirates. His contract expires in the summer, meaning Arsenal either cash in on the Chilean now or risk seeing him walk away for nothing.

Meanwhile, Arsenal, who were dumped out of the FA Cup by Championship side Nottingham Forest on Sunday, face a similar dilemma with Mesut Özil, who is also out of contract in the summer. Southampton manager Mauricio Pellegrino has admitted he has been in talks about bringing Theo Walcott back to the club from Arsenal. Leicester City will fight to keep Mahrez, who was one of the driving forces when the unfashionable club won the Premier League title in 2016. But if Mahrez is tempted away -- and he reportedly has a clause in his contract allowing him to leave if a substantial bid comes along in this window -- then Leicester's French boss Claude Puel could turn to Hatem Ben Arfa, who has failed to break into Paris Saint-Germain's star-studded first team.

Ben Arfa has previous Premier League experience with Newcastle and he worked with Puel at Nice in the 2015-2016 season. PSG could be prepared to let Ben Arfa leave cheaply as the Qatari-backed club need to reduce their wage bill to comply with financial fair play rules after their spending reached stratospheric levels last summer with the world-record arrival of Neymar for 222 million euros, followed by the acquisition of the lavishly talented French teenager Kylian Mbappe. Two veteran German strikers, Sandro Wagner and Mario Gomez, will have new teammates when Bundesliga action resumes next weekend. Wagner is the new backup for Robert Lewandowski at league leaders Bayern Munich while Gomez has joined Stuttgart.