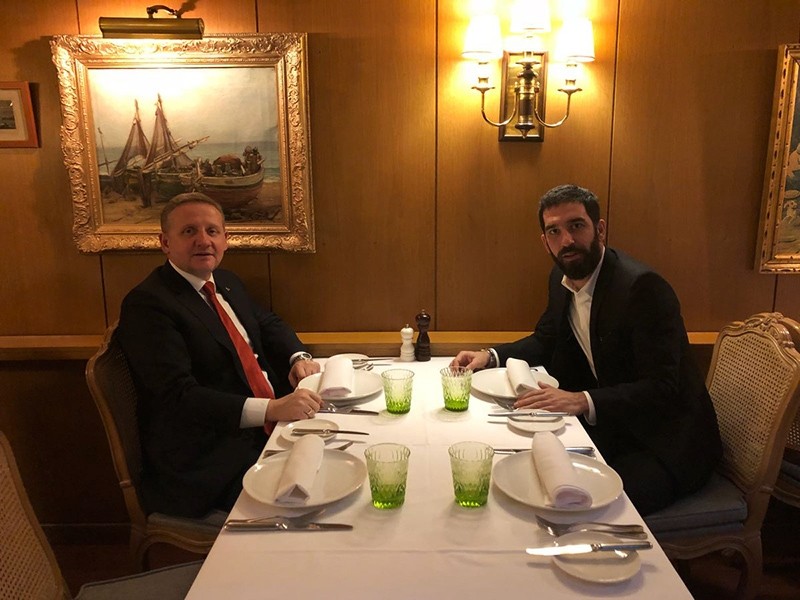 In the statement published on Başakşehir's official website, Gümüşdağ said he had a fruitful meeting with Turan while the team's lawyers were in contact with the Spanish giants.

"I spent time with Arda [Turan] and I saw that he would be very happy to wear the Medipol Başakşehir shirt. He was ready to head straight for the top, I saw his desire, listened to his goals. Immediately afterward there was a meeting with Barcelona's CEO Oscar Gomar," Gümüşdağ said.

The Başakşehir president added he was coming back to Istanbul with a positive impression regarding the 30-year-old player's transfer.

"Even though we agreed in principle on many issues, there are still a few steps that need to be taken. My team, the player's representatives and Barcelona officials remain in touch. I hope they will return with a positive result," Gümüşdağ said.

Following a successful spell at Atletico Madrid, Turan moved to Barcelona in 2015 for 34 million euros ($40.5 million). However, he failed to impress in the Catalan club and fell out of favor under the new boss Ernesto Valverde who took over last summer.

Turan — whose market value fell from 35 million euros to 12 million in less than a year — failed to make a single appearance for Barcelona this year.